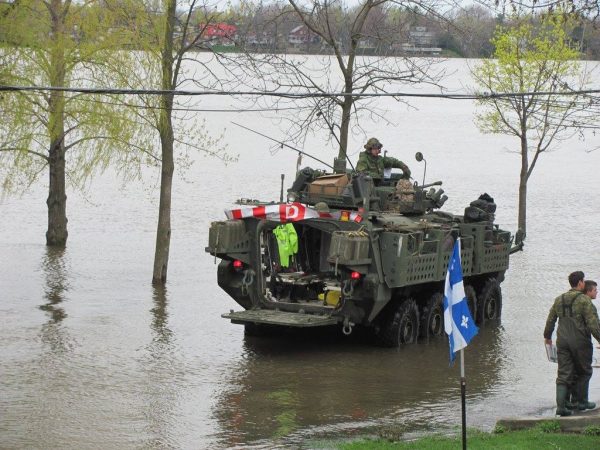 OTTAWA — A new federal task force will look at the possibility of a low-cost national flood insurance program as well as options for moving people who live in areas at highest risk from surging spring waters.

The Trudeau government says the flood-related effects of climate change are undeniable, causing property destruction and taking an emotional toll on families.

As a first step toward a national residential flood insurance program, the task force will look at ways to protect homeowners who are at high risk of flooding and lack adequate insurance.

About four of every 10 homeowners had access last year to overland flood insurance, the government says.

But it quickly adds that while availability of such insurance has grown since its introduction five years ago, it is mostly homes in low- and medium risk areas that have been insured.

“Homeowners in high-risk flood areas cannot access flood insurance because the high costs make it challenging for the industry to offer insurance at an affordable rate for homeowners.”

The task force, announced this week, will also examine possibilities for relocating residents from areas where the risk of recurrent flooding is greatest.

Representatives of federal, provincial and territorial governments and the insurance industry will sit on the task force.

In addition, Indigenous Services Canada will work with First Nations on a steering committee on home flood insurance needs that takes into account the context on reserves.

The task force and steering committee will share information and connect with partners including First Nations living off reserve, Inuit and Metis communities and organizations, the government says.

Both the task force and committee are to begin their work by January and report on their findings by the spring of 2022.

The move helps flesh out the Liberal government’s recent throne speech promise to invest in reducing the impact of climate-related disasters, like floods and wildfires, to make communities safer and more resilient.

Flooding is the most common and costly occurring natural hazard in Canada, causing over $1 billion in damage to households, property and infrastructure and affecting thousands of Canadians each year, the government says.

Flooding is a major concern for Quebecers, including inhabitants of the Montreal region, Liberal MP Angelo Iacono reminded Public Safety Minister Bill Blair during a House of Commons committee meeting this week.

“Floods have caused a lot of damages in the past, and it can only worsen in the future because of climate change,” Iacono said.

“We believe a dollar invested in prevention is a far more effective dollar than just simply investing in recovery,” he told Iacono and the other committee members.

“We’ll always be there for the people who are victimized by floods, but we are doing some very important work to mitigate those problems before they happen.”

The Liberals have committed to extending the National Disaster Mitigation Program until 2022 to help with risk assessments, flood mapping and small-scale projects such as replacement of storm culverts.