Taking the long view: China’s rebalancing and the opportunities that come with it 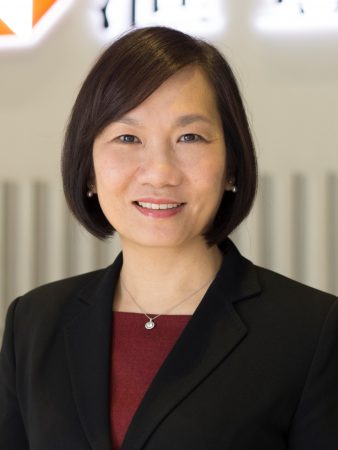 Helen Wong is the Chief Executive, Greater China for HSBC and a member of the HSBC Bank Canada board of directors. PHOTO: HSBC

Hong Kong—China’s economy added roughly the equivalent of Turkey or Sweden to its GDP last year. Beijing Capital airport handled nearly as many passengers as Toronto, Vancouver, Montreal and Calgary combined. The country has become the world’s biggest buyer of industrial robots: more than 25% of units were sold in China in 2015.

Figures such as these are testimony to the sheer size of the Chinese economy. They powerfully illustrate China’s rapid economic evolution over the past three decades. And they underline the fact that despite less-rapid expansion, the country remains an engine of global growth and a must-be market for Canadian companies that cater to China’s evolving needs and appetites.

Much has been made of the fact that the Chinese economy expanded at its slowest pace in more than two decades last year. When it comes to China, though, it is important to look beyond short-term volatility and challenges, and not to lose sight of the long-term growth drivers of what is the second-largest economy in the world.

At the end of the day, China is in the midst of a shift towards more sustainable, higher-quality growth. Its economy is moving from “blue-collar” to “open-collar”; from low-tech to high-tech; from rural to urban; from export-focused to domestic consumption-oriented.

In this context, the “new normal” of 6.5-7% annual GDP growth is simply more realistic than the double-digit expansion rates that propelled the first stage of China’s spectacular rise. It is thus a welcome development, rather than an inherently worrying one.

And while economic change and less-rapid expansion mean tougher conditions in some business sectors, China’s transformation is also generating fresh opportunities in others.

Three broad themes stand out: consumption; urbanisation and the “greening” of the economy; and the move towards higher-tech manufacturing. Many of these play to Canada’s strengths, and will bolster the already strong trade ties between the two countries in coming years.

On the consumption front, China’s 1.37 billion inhabitants are still significantly less wealthy than your typical Canadian. But we estimate that by 2025, more than 60% of the urban population will classify as “middle class.”

They will increasingly be able to spend more of their income on travel, cinema tickets, yoga pants or education – the tens of thousands of Chinese who study at Canadian schools and universities are testimony to that. Or take pharmaceuticals: China is already one of the largest pharma markets in the world, with USD 120 billion spent on drugs in 2015. As the country gets wealthier and older, this number is likely to rise.

The recent volatility in the Chinese markets has not dented consumers’ willingness to spend. Over 21 million passenger cars were sold in China last year – more than twice as many as in Canada, the US and Mexico combined – while retail sales in June climbed 10.6% from a year earlier. What is more, Chinese shoppers are increasingly wired, mobile, digitally savvy and globally-minded. This has put them within online reach of suppliers from around the globe – including those in Canada.

Meanwhile, China’s urbanisation drive, the government’s determined efforts to “green” the economy, and the “Belt and Road” infrastructure-spending initiative are fanning demand for investments in urban infrastructure, alternative energy and clean transportation.

Think wind turbines, water treatment technology, traffic management systems and electric vehicles. Think airport technologies and aircraft: China is planning to build dozens of new civil airports in the next few years. Aircraft manufacturer Bombardier, for one, forecasts that China will be among the fastest-growing markets in the world, in terms of commercial aircraft industry deliveries, over the next decade.

Finally, the authorities are making a concerted effort to take manufacturing up the value chain. You could call it the “high-techification” of China’s economy.

This is already happening in parts of China – notably in the Pearl River Delta, which is home to high-tech giants like Huawei Technologies and Tencent, as well as to smaller, innovative companies like DJI, which makes aerial drones. Companies such as these are hungry for the technology and know-how that will take their manufacturing capabilities and products to a higher level – hence the 17% rise in sales of industrial robots to China last year.

All of this is not to say that China’s policymakers don’t face difficult decisions. Progress won’t always be linear or rapid. After all, the process of rebalancing China’s economy, upgrading its industrial base and injecting more innovation into the economy is complex and cannot be done overnight.

This means Canadian businesses and investors who are eager to seize the opportunities arising from China’s rebalancing need to see beyond short-term disruptions. They need to engage with China’s market reforms and capitalise on emerging industry trends and consumption patterns. And they need to be prepared to embrace the slower but higher-quality growth of “new normal” China.

They will also need patience and time. But it is an investment in time that ultimately stands to be richly rewarded.

Helen Wong is the Chief Executive, Greater China for HSBC and a member of the HSBC Bank Canada board of directors.