Taiga says it has focused on increasing production rates through several build and testing phases in their efforts to improve manufacturing efficiency and quality in battery automation, chassis systems, propulsion and connected platforms. 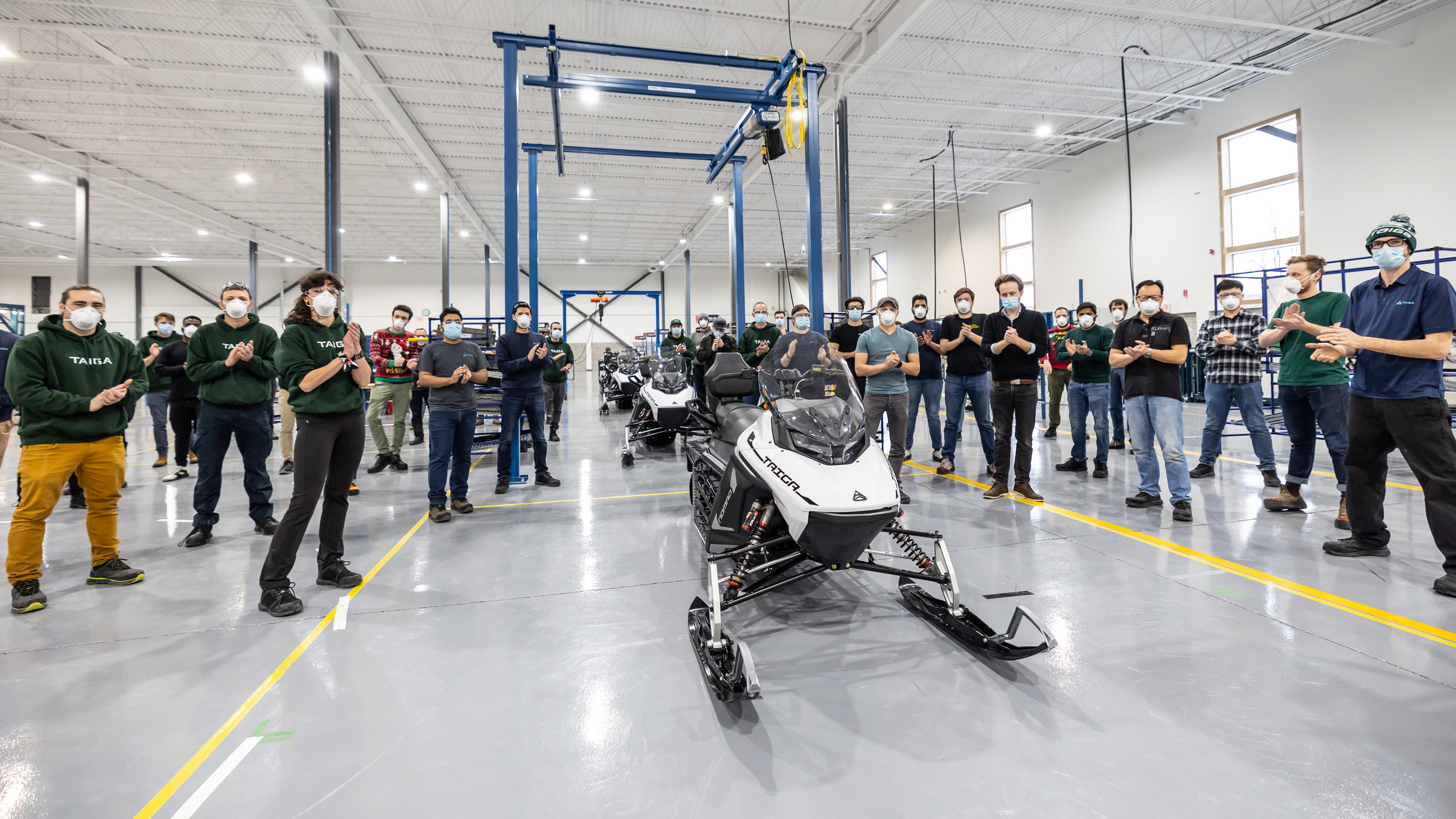 MONTREAL — Taiga Motors Corporation, an electric off-road vehicle manufacturer, has completed production of its first customer-ready electric snowmobiles and is working with governing agencies on final approvals to begin first deliveries to pre-order customers in early 2022.

“I am proud of the demonstrated ability and perseverance from employees who together have overcome challenges as we navigate unprecedented supply chain volatility,” said Taiga CEO Sam Bruneau.

“With the sleds soon ready for the snow, we are excited by the idea of our customers being able to ride on these cutting-edge machines that embody winter exploration without compromise.”

Taiga stated that over the past year, the company has focused on increasing production rates through several build and testing phases in their efforts to improve manufacturing efficiency and quality in battery automation, chassis systems, propulsion and connected platforms.

In the fall, Taiga announced the launch of its electric off-road charging network, which began with on-water charging stations. The company stated that as of late, it has begun to install its first off-road charging stations as part of a trail loop through the forests of the Mauricie and Lanaudière regions in Québec. The charging locations each feature Level 2 chargers, as well as two Level 3 DC Fast Chargers.