Sweet Earth, which was acquired by Nestle in 2017, attributes its popularity to the rise in environmental and social consciousness 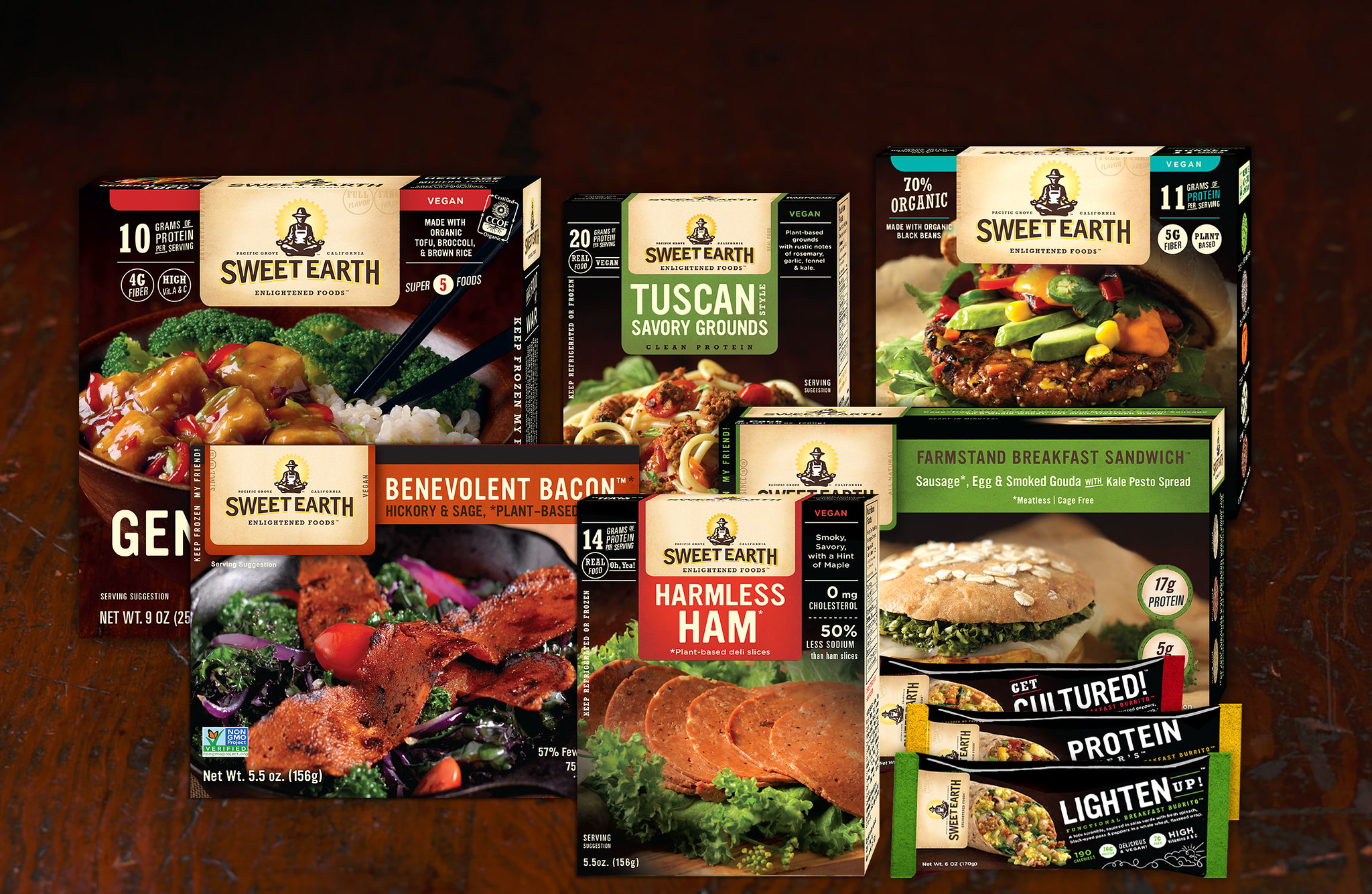 Kelly Swette and her husband Brian founded Sweet Earth Enlightened Foods seven years ago because they felt the market needed vegetarian food that was more convenient, flavourful and sustainable. As it turns out, they were at the leading edge of a booming trend.

Sales of plant-based foods are skyrocketing as consumers question the health and environmental impact of meat. U.S. sales of plant-based meat alternatives jumped 47% over the last three years; sales of traditional meat rose 3% in the same period, according to Nielsen.

Sweet Earth – which was acquired by Nestle in 2017 – makes more than 60 products, including wheat-based Benevolent Bacon and soy-based Mindful Chik’n. This month it launched the Awesome Burger, which is made from pea protein. It’s also testing a line of vegan deli meats at retailers this fall.

The Swettes were well qualified to lead their Moss Landing, California, company. Brian Swette is the former chief marketing officer of PepsiCo Inc. Kelly Swette, who is Sweet Earth’s CEO, trained as a packaging engineer and went on to executive sales and marketing positions at Pepsi and Calvin Klein.

“I really do feel that I prepared my whole life for this job,” Kelly Swette said. “All of those various skills and experiences made me more confident than the average person that I could be successful.”

Kelly Swette spoke with The Associated Press about plant-based foods and Sweet Earth’s relationship with Nestle. Answers have been edited for length and clarity.

Q. How has the public’s interest in plant-based foods changed since you founded Sweet Earth?

A. I believe that millennials have changed the system. They became very proactive socially about health and wellness and used the internet to share information and do their own searching. The second piece is there has been an incredible rise in environmental and social consciousness. We were just beginning to talk about sustainability in 2002. Sustainability is like a buzzword now. And then I think this third trend which has continued to rise is transparency. Consumers want to know what’s in their food and who is making it and where’s it come from.

Q. Why did you decide to sell Sweet Earth to Nestle?

A. We had begun doing another round of funding. So we began meeting with different VCs (venture capitalists) to talk about our next line of products, which was going to be the Awesome Burger and a line of vegan deli meats. It looked like it was going to have to be a pretty substantial investment. It’s not just the equipment, it’s the engineering, the additional freezer capacity, the storage. Our products really were national, and we had received so much recognition for the flavour of our food. It was enough that we were definitely on the radar, and we began getting inquiries from strategic companies such as Nestle. At the place where we were now, in terms of how much more we wanted to do, the strategic move made sense. And it was really terrific alignment with Nestle. We clearly benefited from the engineering support. We were able to pull out our entrees and put them in a Nestle factory. We’re in the process of moving our burritos out so we can focus here on the plant-based proteins.

Q. How do you make your products stand out in this crowded market?

A. There aren’t that many people talking about nutrient density, nutrient diversity and the sustainability piece. We’re very committed to sustainability as an important part of our platform. Also, we talk about flavours. We go after consumers who are curious about food. We have more complexity in terms of the sauces, in terms of the types of ingredients, and more authenticity than most of the food companies that are out there. Our flavour profiles are more edgy and they’re bolder.

Q. What advice would you give someone trying to enter this market?

A. We had a purpose, a mission, and a food philosophy that I developed in 2011 that we have stayed true to. And I share it with all our employees. Everyone understands what we’re trying to do and why our quality needs to be higher, why our colours need to be more vibrant. There are a lot of people out there who want to make a great bar or a great cookie or a great snack. But they’re just a thing. Our mission is bigger than the brand. And that was one of the things that really informed our decision to sell the company. Our mission could only be successful if we could become commercially successful. We needed and wanted to make plant-based food mainstream. To do that, working with a large company was essential. So, develop your mission and philosophy. Develop with purpose, and make sure you share that purpose. And I think most entrepreneurs know that you have to get your hands dirty. You have to get in there and try it and work with it. You need to be really involved.