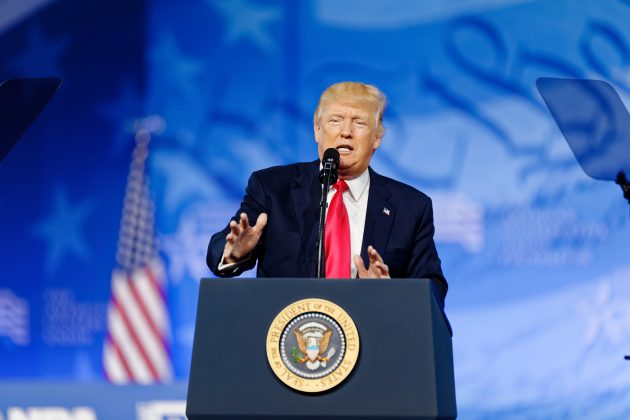 The conflict has threatened to disrupt global trade and drag on weakening economic growth.

Washington accuses Beijing of stealing or pressuring foreign companies to hand over technology. The Trump administration wants China to roll back plans for government-led creation of global leaders in robotics and other technology that its trading partners say violate Beijing’s free-trade obligations and some American officials worry they might erode U.S. industrial leadership.

The weekend talks made progress on technology transfer, protection of intellectual property rights and non-tariff barriers to market access, according to the official Xinhua News Agency. It cautioned there are “still some differences that need more time to be ironed out.”

Neither government gave more details but both expressed optimism.

Trump said he would postpone a March 1 deadline for increasing 10 per cent punitive duties on US$200 billion of Chinese imports to 25 per cent but he set no new date.

Trump said many disputes will take more time to resolve but he hopes to “put these more challenging issues into a longer-term negotiating framework.” He said if progress is made, he will meet Chinese President Xi Jinping at his Florida resort to finalize an agreement.

“If all works well, we’re going to have some very big news over the next week or two,” Trump told American governors at a White House ball. He added, “we still have a little ways to go.”

The talks “sent a positive signal to the world” and “laid the foundation for the final agreement,” the Communist Party newspaper People’s Daily said.

“China solemnly shows it is willing to adopt a co-operative approach to resolve economic and trade frictions,” the newspaper said.

The Shanghai Composite index rose 5.6 per cent to an eight-month high.

Trump’s decision was a “positive signal,” said the vice-president of the U.S.-China Business Council, Jake Parker.

The decision “seems to indicate that there’s enough forward momentum that they believe they don’t need to raise tariffs now,” Parker said.

Another ruling party newspaper, the Global Times, said the talks “solved most of the problems of both sides” and negotiators were “already preparing the text of an agreement.”

However, it cautioned they “still need to continue to make efforts.”

Even if the two sides reach a compromise on trade, relations also are strained by disputes over technology, investment and geopolitics.

“The U.S.-China relationship should remain contentious,” Marie Diron of Moody’s Investors Service said in a report. She expects relations to “swing between compromise and conflict.”

A potential stumbling block is Chinese resistance to U.S. pressure for an enforcement mechanism with penalties if Beijing fails to carry out its commitments. American officials accuse China of failing to fulfil past promises to change economic regulations.

The world’s two biggest economies have raised tariffs on billions of dollars of each other’s goods.

Trump and Xi agreed Dec. 1 to postpone more penalties while they negotiate. Increases that already were imposed remained in place, battering companies on both sides.

Other financial markets rose Monday, with London’s FTSE 100 index up 0.4 per cent, but gains were smaller. Share prices already had risen in recent weeks on expectations Trump would postpone the tariff hike.

Some Chinese were skeptical.

“We won’t really fight, right? A trade war, by its nature, is nothing more than a war of words, isn’t it?” said Geng Yanhua, an employee of an Internet company.

“Playing up the tariffs issue only won’t really hurt us,” said Geng. “It will be fine as long as no one wages a war.”