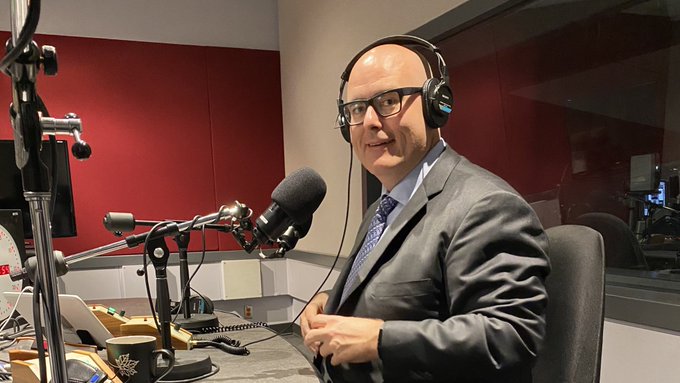 MISSISSAUGA, Ont. — Ontario’s Liberals crowned Steven Del Duca as their new leader March 7 and with one campaign behind him he is turning his mind to the next.

The former cabinet minister had enough delegates — 59% — to win on the first ballot. But he acknowledged that getting ready to take on Premier Doug Ford in the 2022 election will be a monumental task.

“We need to raise millions of dollars,” he told the convention crowd.

“We need to find qualified candidates who reflect Ontario’s incredible diversity. And most importantly, we need to forge a platform of compelling ideas that once again inspires people, lets them know they can trust us to govern — because they trust us to be on their side and to fight for them.”

Del Duca, who represented Vaughan and was the transportation minister in the previous government, takes over from former Premier Kathleen Wynne, who stepped down after a dismal election result in 2018.

The Liberals were reduced from a majority government to third place without official party status in the legislature. They currently hold eight seats and have millions of dollars in debt from the last election.

The work begins in earnest on March 9, Del Duca said, but he does not intend to seek a seat in the legislature before 2022.

“I don’t believe we lost as badly as we did back in 2018 because we lost touch with Queen’s Park,” Del Duca said.

“I think that we have a lot of work to do with humility in order to regain the trust of the people of this province. So I want to remain focused on continuing to talk to Ontarians where they live and continuing to hear directly from them.”

The other two major parties in the province were already sharpening their attacks against Del Duca, making it clear they intend to try to saddle him with the Wynne government baggage.

“When you hear what he talked about today it was doubling down on the policies of Kathleen Wynne,” said Progressive Conservative Government House Leader Paul Calandra.

“He failed to acknowledge sort of the sins of his past and present and I think it’s indicative of what can be in store with him at the helm of the Liberal party,” he said.

Del Duca said he wants to fight for public education, health care and against climate change.

Policy announcements Del Duca rolled out during the leadership campaign include incentives for electric vehicle purchases and funding for more battery-charging infrastructure, developing a long-term science and technology education strategy and increasing the money municipalities get from gas taxes.

He has also pledged to have at least 30 of the party’s 124 candidates be under 30 years old and have at least half of the entire candidate slate be women.

Coteau called on the party to draw on its traditional strength, which he said was working together for a common good.

“Today in Ontario we have the opportunity to launch a new Liberal moment,” he told delegates.

“Liberals believe the job of government is to be alert to change and get out in front of it, not be oblivious to change and in denial of it.”

Kate Graham, a newcomer to Ontario politics but one backed by several party heavyweights, said the party needs to focus more on people’s well-being than on polling numbers.

“We can be the party that shows ourselves humbled, that understands that people know their own communities and their own needs better than we do,” she said.

“Acknowledge that we lost touch and to prove that we can truly reconnect and address the things about politics that have rightfully turned people away.”