The former PM is reportedly visiting Washington on July 2 and meeting with U.S. National Security Adviser John Bolton. The purpose of the meeting is not clear 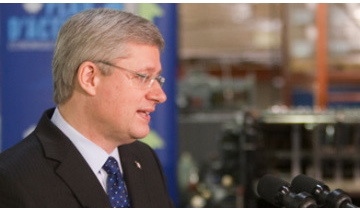 Harper’s visit will come one day after Canada imposes tariffs on a range of U.S. goods.

OTTAWA—Former prime minister Stephen Harper is reportedly planning a trip to the White House next week, bucking convention by not informing the Canadian government of his visit.

CTV says emails they have obtained show U.S. officials are expecting Harper to visit Washington on July 2, one day after Canada’s retaliatory tariffs on imports of a wide range of U.S. goods are set to come into effect.

The broadcaster reports Harper is planning to meet with U.S. National Security Adviser John Bolton, who was the U.S. ambassador to the UN when Harper was prime minister.

However, CTV says the purpose of Harper’s meeting is not clear.

The visit to the U.S. capital comes amid heightened tensions between Canada and the U.S. with the prospect of a trade war.