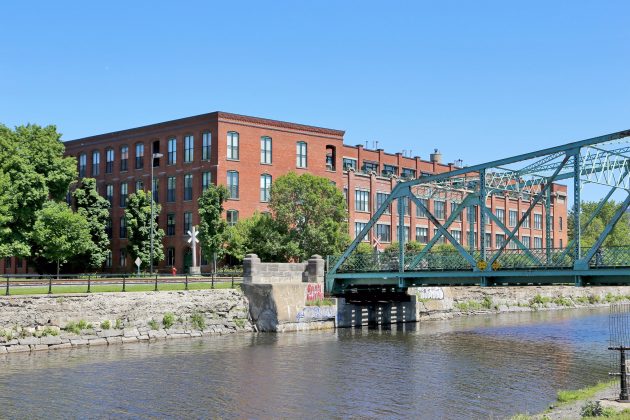 OTTAWA – Canadian steel producer Stelco is looking for more support from the federal government as the country’s steel and aluminum producers grapple with punishing U.S. tariffs imposed on exports of their products south of the border.

While he thanked the prime minister for the government’s support of the metals industry since the imposition of American tariffs last year, Kestenbaum said steel producers are now facing new pressures.

Stelco reported a surge in income and revenues in the final quarter of last year, despite the 25 per cent tariffs on steel imported from Canada that the Trump administration imposed last June.

The company reported net income of $108 million on revenue of $648 million in the three months ending Dec. 31, compared with $16 million of income and revenues of $452 million during the same period in 2017.

But the Canadian International Trade Tribunal (CITT) issued a report last week that could see Canadian import restrictions lifted on some steel products.

The provisional safeguards announced in October, designed to shield domestic producers from a flood of imports into Canada resulting from the U.S. tariffs, were considered by the World Trade Organization as emergency measures and are set to expire in about a month’s time.

The CITT report, issued April 3, ruled the safeguards were warranted on just two of the seven products.

The report is not binding on Morneau, who can choose to ignore some or all of the findings and make the safeguards permanent.

“Today we’re here to talk about a changing landscape.”

Kestenbaum suggested he was looking to Trudeau for help in preserving jobs in Canada’s steel industry.

The prime minister told Kestenbaum his government is focused on supporting the steel industry and its workers as they continue to face what Trudeau described as “punitive” and “illegitimate” tariffs.

Trudeau said officials from his government have been meeting “almost daily” with U.S. officials in attempts to have the duties lifted.

In the meantime, the government is having discussions on how to support the metal industries, he said.