Since coming to office, the Liberals have promoted their efforts to help more firms scale up, an initiative the government is counting on to create jobs and deliver an economic boost 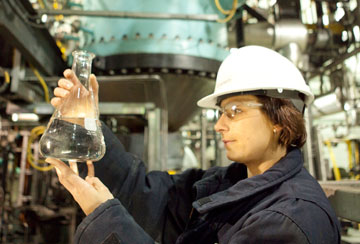 OTTAWA—Hopes are high that the federal government will make fresh venture-capital commitments in the budget to help the country’s young, rapidly growing firms move beyond the early stages of development.

Stakeholders are optimistic the 2017 budget will announce additional support, because an existing federal venture-capital program will soon start to wind down.

They warn that this kind of federal support is necessary to keep momentum going in the startup industry.

Bains has credited it for helping promote the growth of high-potential Canadian companies for strengthening the venture-capital market.

The budget is expected to include several measures aimed at improving the performance of the so-called innovation economy.

Since coming to office, the Liberals have been promoting their efforts to help more firms scale up, which they are counting on to create jobs and deliver a economic boost.

The chief executive of the Canadian Venture Capital and Private Equity Association said the industry will be looking for continued support for venture capital because, within a year, the funds will have finished committing investment cash via the current program.

Mike Woollatt said the venture-capital market in Canada is growing and has come a long way, but it has yet to become fully sustainable.

“The reason there’s an urgency here is . . . because there’s so much going on and we don’t want to lose these companies,” Woollatt said.

The Venture Capital Action Plan, announced in 2013 by the previous Conservative government, had raised more than $1.3 billion in venture capital as of last fall. At the time, Ottawa said 20 venture capital funds and 126 companies had benefited from the program, which is managed by Business Development Canada.

The plan was launched with an initial federal investment of $390 million, an amount the government says helped attract another $900 million from pension plans, individual investors, corporations, banks and provincial governments.

Woollatt noted that because it’s an investment, and not a grant, the plan will likely cost the government little money. He said taxpayers will make money from it over the long run.

The model, however, has faced criticism. Last year, the auditor general warned the program’s management fees could climb to $250 million—out of the $1.3 billion—over the lifetime of the plan.

It remains to be seen what form any additional venture-capital support from Ottawa might take.

Woollatt said extending the Venture Capital Action Plan might be the easiest path, but he added that any extra liquidity in the market would be helpful.

“This ecosystem is a bit starved—Canada’s not set up to fund innovation,” said Woollatt, who pointed to the landscape of institutional investors—like big pension funds—that tend to shy away from the risks of early innovation financing.

The president and CEO of an arm’s-length organization that funds and coaches clean-technology firms said her industry would welcome additional venture-capital support from Ottawa.

Leah Lawrence of Sustainable Development Technology Canada said the clean-tech sector is challenged by the fact only a handful of strategic venture capitalists focus on the industry.

“If the government can continue to support that for a little bit longer, that would be a good thing,” Lawrence said.

“Because we are still learning together what it takes to actually bring these companies into a material size . . . and compete both domestically and internationally.”

Bains has been supportive of the Venture Capital Action Plan and he’s referred to it as an example of how Canada can help address any fallout from protectionist measures introduced in the United States.

“I would say our overall venture capital market has been very strong,” Bains said in a December interview with The Canadian Press.

“So, we feel government can continue to provide patient capital, growth capital, support for big projects, big investments and help these companies scale up to grow.”

Last month, a report released by the government’s economic growth council highlighted the need to raise capital to help these budding firms.

The group, which has helped Ottawa make important policy decisions in the past, recommended the creation of a different kind of program. It suggested a matching-fund approach that would see Ottawa provide $1 for every $2 in private capital raised by a startup.

Earlier this month, Finance Minister Bill Morneau was on hand as another council recommendation came to life.

The country’s biggest banks and other financial institutions launched a fund to help address a shortage of capital available for companies that have already evolved beyond the very earliest stages of development. The fund will contain up to $1 billion over 10 years to support small- and medium-sized companies.