With the U.S. toy industry down overall, the Toronto-based company is looking to grow markets in Russia and China 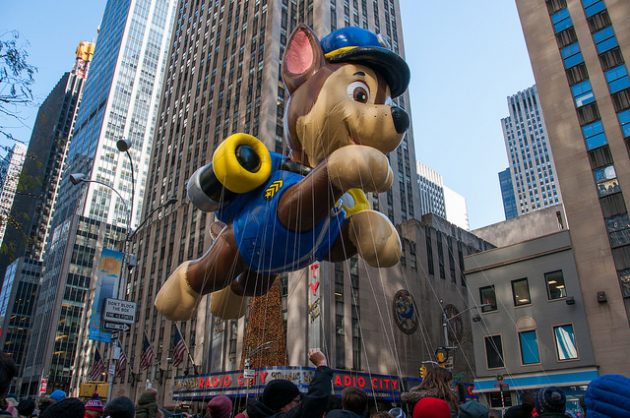 TORONTO – Shares of Spin Master Corp. closed down over 10 per cent Thursday after the toy and entertainment company’s earnings dropped and it warned of lingering disruptions from the U.S. bankruptcy of Toys R Us.

The Toronto-based company behind popular brands including Paw Patrol and Hatchimals says the liquidation of the roughly 700 U.S. Toys R Us stores will continue to disrupt the retail landscape for the first half of the year.

“I think we’re all very shocked and disappointed with how long it’s taking for the industry to normalize itself,” chief operating officer Benoit Gadbois told a conference call with financial analysts Thursday.

The company had expected other retailers to step in and fill upwards of 90 per cent of the shelf space gap left by the Toys R Us closures in the U.S., but it revised that down in the latter half of last year to about 70 per cent or less of the business being recaptured.

It said the U.S. toy industry overall was down about seven per cent in the fourth quarter from a year earlier and two per cent for the year.

The company said it is focused on expanding into markets overseas including Russia and China, while markets such as Mexico and Germany are increasingly important.

The expansion comes as the company pushes new entertainment ventures including Abby Hatcher and expands existing titles as it looks for wider audiences.

It released both an extended 44-minute Paw Patrol movie as well as two-minute episodes for YouTube to capture more viewers it can potentially translate into sales.

Spin Master said it has the number one and two shows for preschoolers on air with its Paw Patrol and Abby Hatcher programs.