Virgin Galactic has reservations from some 600 people in 60 countries, with US$80 million in deposits and $120 million in potential revenue 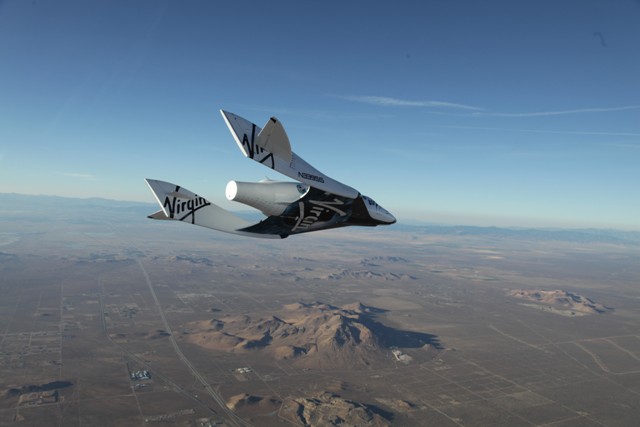 The company’s SpaceShipTwo during an unpowered flight over the Mohave Desert in the U.S. PHOTO: Virgin Galactic

Virgin Galactic is merging with Social Capital Hedosophia, whose CEO, Chamath Palihapitiya, will become chairman of the combined entity. The value of the merger was put at US$1.5 billion.

The company intends to offer “a unique, multi-day experience culminating in a personal spaceflight that includes out-of-seat gravity and views of Earth from space.

Virgin Galactic has reservations from some 600 people in 60 countries, with $80 million in deposits and $120 million in potential revenue.

It says it has “overcome a substantial number of technical hurdles” required to make the company viable.

It aims to complete the merger later this year before listing on the New York Stock Exchange.