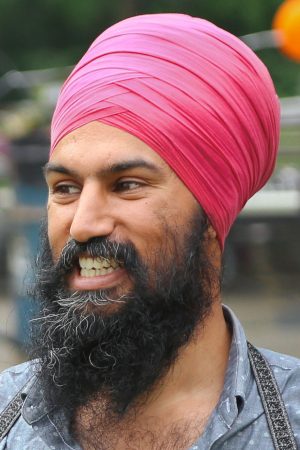 BURNABY, B.C. – New Democrat Leader Jagmeet Singh says he will use his new position as a member of Parliament to pressure the Liberal government to take action on the affordable housing crisis in British Columbia.

The former Ontario legislator won a byelection in Burnaby South on Monday, giving him a voice in the House of Commons for the first time since he became NDP leader in the fall of 2017.

The 40-year-old moved to the Metro Vancouver riding with his wife late last year. Everywhere he went when he campaigned, he heard that the top concern was housing, he said.

“What we’re committed to doing is immediate action,” he told a cheering crowd of supporters. “We’re calling for the fast-tracking of investments to build new co-operative housing and non-market housing.”

The NDP is calling for a return to a time when the federal government built housing, he said, adding that in the late 1940s and 1970s, Canada built hundreds of thousands of affordable homes.

“I want to get back into doing that, so people can still dream of and actually achieve the dream of owning a home.”

Despite recent cooling in the market, Burnaby still faces a housing crisis. Renters have faced so-called demovictions, when they are kicked out of older apartments to make way for luxury condos, and sky-high prices are shutting millennials out of buying their first homes.

He entered his victory party on Monday to jubilant cheers, thumping dance music and chants of “Jagmeet! Jagmeet!”

“It’s a new day,” he said, beaming. “I want to promise you something. I will be your champion. I will take each and every one of you with me to Ottawa, where I’ll fight for you in the House of Commons.”

Singh said he would also push for universal coverage of prescription medication and action on climate change.

He has faced internal criticism for low fundraising and poor support in the polls, but he said the NDP was “united” in the vision of ensuring the government stands up for people and not the powerful and well-connected.

“I’ve spent time with people at the doorsteps and it’s clear to me that all New Democrats are committed to making sure that people in their riding, their voices and concerns are brought to Ottawa. We’re all united,” he said.

“I’m confident that we’ll be able to work together on those shared values that we all have. Everyone on my team knows that that’s what our job is, to fight for people who don’t have a voice.”

It’s not the first time a federal New Democrat leader has represented a riding in the city, as Tommy Douglas won a byelection in Burnaby-Coquitlam in 1963 and represented the area until 1968.

“In British Columbia, we haven’t had a national leader from out west for a very long time, and for us New Democrats, since Tommy Douglas,” said Vancouver East MP Jenny Kwan.

Kwan agreed with Singh that “housing, housing and more housing,” was the top issue in Metro Vancouver.

“Jagmeet is going to amplify that voice across the country, across the nation, to say how important it is that we actually support the people in our community,” she said.

Kwan said she has been calling for a national affordable housing program for 25 years, but the Liberal government’s initiative is a “pretend program.”

The government has introduced a 10-year national housing strategy worth $40 billion when investments from provinces, cities and non-profits are factored in. The plan aims to cut homelessness in half, build 100,000 new units across Canada and repair aging affordable housing.

Singh beat Liberal candidate Richard T. Lee in Burnaby South by about 3,000 votes, widening the gap significantly from the 2015 election when the NDP won by about 550 votes.

Conservative candidate Jay Shin placed third, 800 votes behind the Liberals, while the People’s Party of Canada candidate had about 10 per cent of the overall vote.