Pipelines appear to be intact in the oilsands, but some of the electrical power infrastructure has been affected. PHOTO: Shell

CALGARY—The first oilsands mine shut down by wildfires in the Fort McMurray region a week ago has been restarted and optimism is building that many of the largest operations will be producing again in a little as a few days.

Shell Canada said May 10 that it had resumed production at its Albian Sands mining operations about 95 kilometres north of Fort McMurray after a seven-day closure.

The operations, which include the Muskeg River and Jackpine oilsands mines, have the capacity to produce 255,000 barrels of oil a day, but Shell would say only that they were initially operating at a reduced rate.

Shell said it would fly staff in and out of the site to ramp up production over the coming days and weeks.

Meanwhile, in a joint news conference in Edmonton with Premier Rachel Notley, Suncor Energy Inc. CEO Steve Williams said some oilsands operations north of the city could be up and running in a few days, while some south and east of the city where a fire still rages will take longer.

Williams said that north of Fort McMurray operations were affected by smoke but not fire.

“And there, you’re thinking of days or maybe a week or so but not talking longer periods,” he said.

“South, where there have been a few more direct impacts from the fire, we have to go in and evaluate and then put the plans in place.”

He said pipelines appear to be intact but some of the electrical power infrastructure has been affected.

Notley said it appears there may be some damage to the Nexen Long Lake facility owned by China’s CNOOC Ltd. but it’s unclear how much. 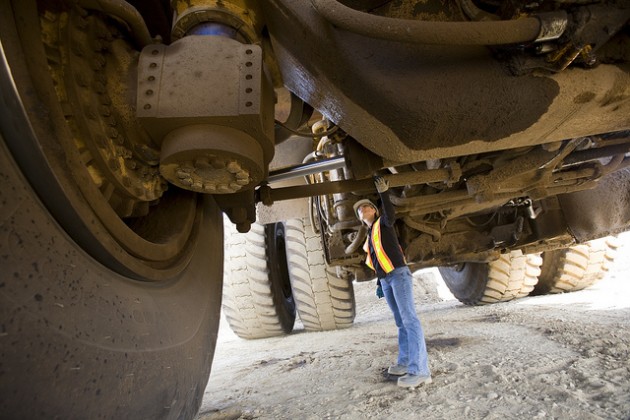 No layoffs expected
Alberta Premier Rachel Notley stood with oilsands executives Tuesday to say the province’s mainstay industry would be back up on its feet after the Fort McMurray wildfire within weeks.

“We expect ultimately that many companies will begin to resume their production in the coming days and short weeks ahead,” she said after a meeting with leaders from the oilsands, pipeline and power industries.

“From what I heard this morning from the companies, they’ve guaranteed pay in advance so that pay to workers will not be interrupted,” he said

It’s likely the oilsands plants will be ready to go before the city, where residents probably won’t be able to return for weeks, not days. That shouldn’t stop industry from producing, Williams said.

“We have big capability to move people in and out and we have the camps in place, so people should not be a barrier to starting up.”

Infrastructure will need to be examined. Power lines, exposed to the flames, will probably pose a bigger problem than buried pipelines.

Over the course of the last week, the wildfire shut down five open-pit oilsands mines and six ‘in situ’ operations. The loss in daily revenue has been estimated at about $65 million.

Williams said some plants could be back on their feet within 24 hours.

Williams said the costs of the wildfire—Suncor hosted thousands of evacuees at its work camps in addition to its lost production—will be “significant.” He said the company isn’t yet worried about that.

“They’re immaterial as far as Suncor is concerned,” said Williams. 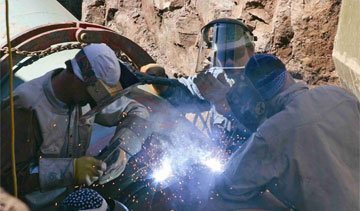 Alberta natural gas producers taking a hit
Analyst Nick Lupick of AltaCorp Capital estimated the shutdown of Imperial Oil Ltd.’s Kearl oilsands mining project had increased the amount of production offline in the oilsands to just over 1.1 million barrels a day. Kearl was producing about 200,000 barrels a day of bitumen.

Four of the five oilsands mining operations in the region were shut down due to the fire. The only one that didn’t close was the Horizon mine operated by Canadian Natural Resources Ltd.

In a report Tuesday, commodities analyst Martin King of First Energy Capital said a decline in demand drove average Alberta natural gas prices down to 33 cents per thousand cubic feet, the lowest daily average price he could recall in at least 30 years. he said says natural gas producers in Alberta could face the prospect of selling the fuel for less than the cost of shipping it

Oilsands operations use a tremendous amount of natural gas to produce and process the bitumen and to provide power from gas-fired co-generation plants on site.

Prices are expected to improve as oilsands projects come back online but gas producers will likely remain under pressure, King said.