The company will also shuffle 2,500 positions to other sites in an effort to make its Defence, Space & Security business more efficient 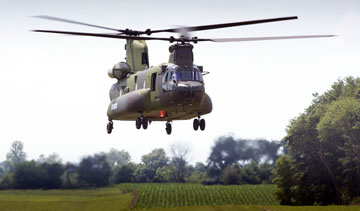 ST. LOUIS—Boeing Co. plans to move about 2,500 positions to other sites, cut 500 jobs and close two facilities by the end of 2020 in an effort to make its Defence, Space & Security business more efficient, the company said Nov. 15.

About 1,600 positions currently in Huntington Beach, California, will move to plants in three other Southern California locations—El Segundo, Long Beach and Seal Beach. About 500 positions will move to St. Louis County in Missouri, and 400 will shift to Huntsville, Alabama.

Chicago-based Boeing will close a plant that employs 290 people in in El Paso, Texas, and another that employs 70 people in Newington, Virginia. The company said the moves will reduce facility space by about 4.5 million square feet.

The Huntington Beach plant will remain open. Boeing spokesman Ken Smith declined to say how many workers will remain there.

The company will move an unspecified number of jobs from Kent, Washington, to Tukwila, Washington. The two towns are just 16 miles apart.

“In order to push ourselves farther and win more business, we need to make the most of our resources and talent,” Leanne Caret, president and CEO of Boeing Defence, Space & Security, said in a statement. “These steps will help us be a stronger partner for our customers worldwide.”