Bracing for protectionist trade policies, the South Korean company may shift some production to U.S. 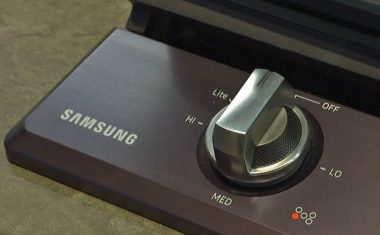 Samsung said it is worried about the possibility of the U.S. moving to impose tariffs on products imported from Mexico. PHOTO: Samsung

A company spokeswoman said the plans were “purely in the evaluation stage” and no decisions have been made. She didn’t want to be named, citing office rules.

Samsung also said in an emailed statement on Friday that it continues to assess “new investment needs in the United States. The news drew the attention of Trump, who tweeted ”Thank you, @Samsung! We would love to have you!“

Most Samsung televisions, refrigerators and other household appliances sold in the United States are made in Mexico.

The spokeswoman refused to say whether Samsung was worried about the possibility of the United States moving to impose tariffs on products imported from Mexico.

A spokesman from LG Electronics, another South Korean technology company, said it is also considering building a manufacturing plant in the United States and will decide on the matter within the first half of the year. He also didn’t want to be named, saying that the matter was sensitive.