During the first trial of the new proprietary air classifier design, the machine demonstrated capability to separate graphitic flakes into a variety of sizes. 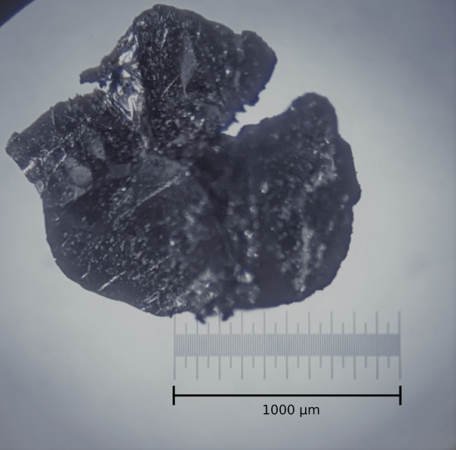 During the first trial of the new proprietary air classifier design, the machine demonstrated capability to separate graphitic flakes into sizes ranging from +100 mesh (149 microns) to +30 mesh (595 microns). The largest graphite flakes separated by the machine were observed to be larger than +30 mesh in diameter.

The Company’s intended use for the air classifier is to produce the largest graphitic flake size possible, which the Company expects would command a high cost premium for graphite anode concentrates that are used in the production of lithium ion batteries for use in electric vehicles.

The initial results from testing completed by a third party laboratory indicate that graphite purity in excess of 90% may be achieved once the iron has been removed from graphitic flakes separated by the air classifier. Based on the results of this first equipment trial, the Company believes that the air classification process can produce graphite concentrates to the grades required for lithium-ion battery anodes.

V-Bond Lee, Chief Technology Officer, quotes, “We are very excited that we were able to demonstrate that the air classifier is capable of producing statistically similar results to the engineering computer simulation. This shows the importance of ensuring high fidelity in the engineering simulations. We are also motivated by the possibility that our proprietary air classifier technology, using aerodynamics, can provide competitive advantages over traditional wet processes such as flotation where chemicals and reagents from wet tailings need to be reclaimed. The advantages of air classification are substantial in simplicity, costs and impact to the environment.”