The units boast a fully integrated IoT interface as standard, and can be monitored in digitalised environments. 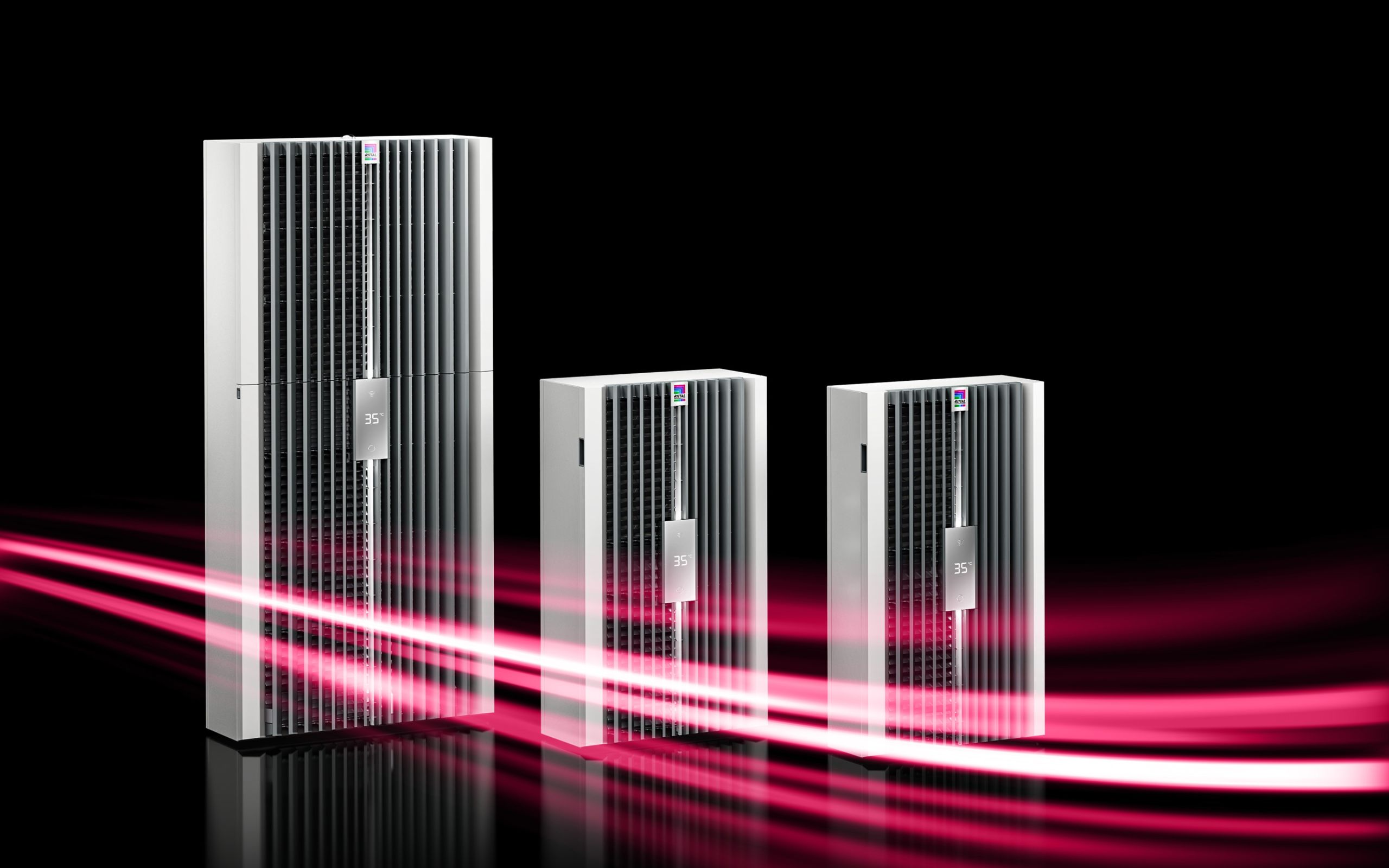 MISSISSAUGA — Solutions that reduce the carbon footprint during production are in high demand within manufacturing. But at the same time, these solutions need to be intelligent and communication-enabled so that they can be easily integrated into digitalised manufacturing environments. With this need in mind, Rittal created its Blue e+ range of cooling solutions and launched enclosure cooling units, which try and provide energy savings in a manufacturing environment. Rittal is now announcing new cooling units that have reportedly lower cooling outputs of 300, 500, and 1,000 watts. These “Blue e+ S” add to the Blue e+ family, and bring with them additional smart capabilities.

This new product is combining a heat pipe with inverter-controlled components. The heat pipe works without a compressor, expansion valve, or other regulating elements and so does not need any electrical energy except to operate the fan. Depending on the thermal energy generated in the enclosure and the current ambient temperature, cooling can be performed with the heat pipe alone. The additional compressor cooling only operates if a large amount of heat has to be dissipated from the enclosure or if the ambient temperature is very high. The unit is reportedly more energy efficient because the compressor and fans possess an inverter-controlled drive, which automatically adjusts their speeds depending on the requirements.

Alongside energy efficiency, another feature also reduces the carbon footprint: The new Blue e+ S series uses a refrigerant with a GWP (Global Warming Potential) that is reportedly 56 percent lower than those used in comparable cooling units.

The units boast a fully integrated IoT interface as standard, and can be monitored in digitalised environments and connected to Rittal’s new Smart Service Portal.