Businesses must put aside cautiousness, invest in innovation, technology to stay in step with global competitors, KPMG says 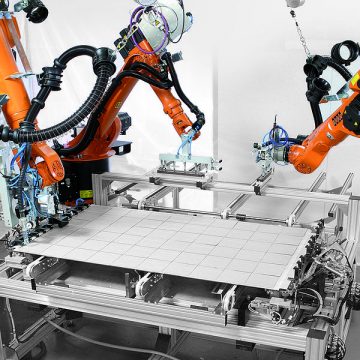 Leaving room for sober second thought has its advantages, but according to a new KPMG report, by embracing the slow and steady approach, Canadian manufacturers risk falling behind.

“Canada is known for its risk adverse nature, economic reservations and preference for staying close to home,” said Bob Jolicoeur, National Industry Leader of Industrial Markets and National Sector Leader of Chemicals at KPMG in Canada. “Now, however, to be apprehensive about new markets, investing in R&D, and embracing supply chain efficiencies is to leave markets and sectors open for the taking.”

Canadian companies have spent between two and three per cent of their revenue on research and development over the past few years. Their global competitors, meanwhile, have spent four to five per cent, according to KPMG’s 2016 industry outlook.

Though 57 per cent of Canadian manufacturers say they have made exploiting opportunities for growth a top strategic priority, other companies around the world are looking at growth more aggressively and investing more in new technologies, the report says. Three in four global companies say they have prioritized growth over the next two years.

To continue expanding, the report says Canadian manufacturers need to do away with their cautious attitude about the global economy—a change that will help spur investment in research and development and help provide them with a competitive edge.