Reports: Germany’s Merkel ready to step down as party leader 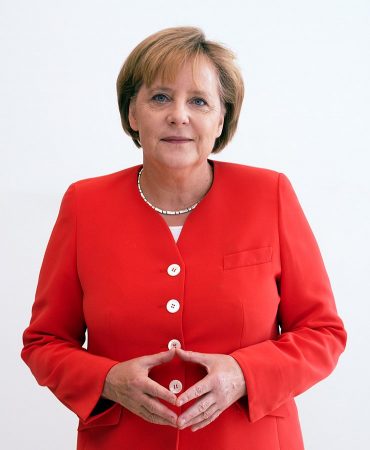 BERLIN – German Chancellor Angela Merkel told her conservative party on Monday that she’s ready to step down as party leader following a pair of state election debacles, but plans to stay on as chancellor for the rest of her government’s term, German media reported.

Merkel also reportedly said that she won’t seek re-election to parliament after its current term ends, indicating that this will be her final term as chancellor – something that had been widely assumed but that Merkel has not until now confirmed.

Merkel, 64, had previously indicated that she planned to seek another two-year term as leader of her conservative Christian Democratic Union at a December party congress, but appeared to be moving quickly to acknowledge pressure for change as her fourth-term government struggles to gain traction.

Merkel has led the CDU since 2000 and has been Germany’s chancellor since 2005. There is no single obvious successor, but several potential contenders.

The current parliamentary term is due to expire in 2021, and the dpa news agency reported that Merkel said she won’t seek re-election.

She currently governs Germany in a “grand coalition” of what traditionally have been the country’s biggest parties – the CDU, Bavaria’s conservative Christian Social Union, and the centre-left Social Democrats. Her fourth-term government took office only in March but has become notorious for squabbling.

An election Sunday in the central state of Hesse saw both the CDU and the Social Democrats lose significant ground amid gains for both the Green party and the far-right Alternative for Germany party. Merkel’s party managed an unimpressive win, narrowly salvaging a majority for its regional governing coalition with the Greens in Hesse.

The debacle followed a battering in a state election in Bavaria two weeks ago for the CSU and the Social Democrats.

That’s a major concession for Merkel, who for years has insisted that the chancellor should also be party leader. But there is precedent for splitting the two jobs.

Merkel’s predecessor, Gerhard Schroeder, stepped down as leader of his centre-left Social Democrats in 2004 as his government struggled, but remained chancellor until he narrowly lost an election 18 months later. Helmut Schmidt, West Germany’s chancellor from 1974 to 1982, never led the Social Democrats.

“The CDU faces a turning point,” Mike Mohring, a regional party leader from eastern Germany, told Welt television. “Angela Merkel knows best what to do, and now she has decided. And that demands respect.”

He said that it’s important to avoid “long personnel debates” and restore people’s confidence in the CDU as a governing party.

Merkel has dragged the CDU to the political centre in her years as leader, dropping military conscription, introducing benefits encouraging fathers to look after their young children, and abruptly accelerating the shutdown of Germany’s nuclear power plants following Japan’s Fukushima disaster in 2011.

She allowed large numbers of asylum-seekers into Germany in 2015, many fleeing the fighting in Syria, declaring that “we will manage it,” before gradually pivoting to a more restrictive approach. That decision has led to lasting tensions in her conservative Union bloc, particularly with the CDU’s Bavaria-only sister party, the CSU, and helped the anti-immigrant Alternative for Germany party gain support.

The Social Democrats’ leader, Andrea Nahles, on Sunday demanded a “clear, binding timetable” for implementing government projects before the federal coalition faces an already-agreed upon midterm review next fall.