by Pierre Saint-Arnaud, The Canadian Press, with files from Canadian Manufacturing.com  May 31, 2016

Quebec's premier Philippe Couillard expects the provincial cash to generate up to $2.8 billion in investment and intensify research and development 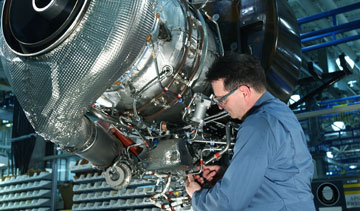 LONGUEUIL, Que.—Quebec will give $250 million in direct aid toward expanding and diversifying the province’s aerospace industry, Premier Philippe Couillard announced May 30.

Another $260 million will be offered in the form of loans and other financing, he said.

The premier expects the provincial cash to generate up to $2.8 billion in investment.

The strategy is fourfold: support the existing aerospace industry; spur growth; encourage the small- and-medium-sized business that supply the industry; and intensify research and development.

Quebec is looking for the federal government to play a role, and Couillard didn’t hesitate to note the province is still waiting for Ottawa’s decision on a request to give money to Bombardier Inc.

The aerospace company has asked the federal Liberals for financial help on par with the $1 billion Quebec has pledged to the firm.

Part of the government’s strategy is to try to entice another major player to invest in the province, Couillard said.

Couillard’s strategy didn’t include specific ways to protect companies threatened with foreign takeovers, but he said that when it comes to the aerospace industry, “we will do everything, not only to keep them here, but to make them grow here.”

Quebec’s aerospace industry includes roughly 190 companies that employ about 40,000 people and have annual sales of $15.5 billion.

“We are making a true leap forward today for the benefit of the entire Québec aerospace chain,” says Suzanne M. Benoît, President of Aéro Montreal. “Supporting companies in transitioning to industry 4.0 and backing initiatives such as MACH FAB 4.0 or the greener aircraft catalyst project, training the workforce to meet future challenges and automation, attracting large companies, and consolidating our SMEs to make them Tier 1 and Tier 2 companies, are challenges that are at the heart of the new strategy,” explains Ms. Benoît.

The MACH FAB 4.0 Initiative will support 50 SMEs in the aerospace sector in their transition to becoming digital companies of the future. A contribution of $9.5 million over five years was announced in the 2016 provincial budget—to which is added an equivalent contribution from the private sector—is planned by the Ministry of Economy, Science and Innovation.