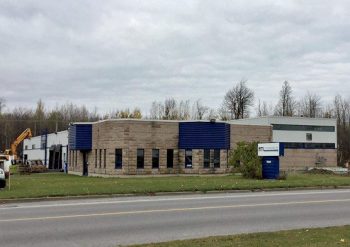 CHAMBLY, Que.—A Montreal-area manufacturer broke ground last month on an approximately $6 million expansion project that will more than double its production over the next two years.

Mtl Cool, which makes point of sale coolers and freezers for some of the biggest names in retail, including Walmart, Kroger and Safeway, is adding 30,000 square feet of space to its 20,000 square foot plant and installing a new $4 million manufacturing line.

Currently, the company makes some of the components for its coolers and freezers while importing others from Chinese suppliers and assembling them at its Chambly, Que. facility. Mark Bedard, the company’s president, said the expansion project will allow Mtl Cool to perform more of the initial manufacturing work in-house, lessening its reliance on imports while creating jobs in Quebec. The company, which also operates under the name Mtl Technologies Inc., currently exports about 96 per cent of its production.

Bedard said the extra space and new equipment will give the company greater flexibility to produce its products at competitive prices.

“We offer quick turnaround on pricing and design,” he added. “We focus a lot of energy in research and development—that makes us market leaders in our field and sought out by our clients.”

Mtl Cool expects to add 15 new jobs by the time it completes the expansion early next year, bringing its total workforce to about 50.