Stelpro, a Quebec-based manufacturer of integrated heating solutions, started 2016 with a bang by investing more than $800,000 in its Saint-Bruno-de-Montarville facility.

Adopting the latest technology isn’t new for Stelpro. Since it was founded 35 years ago, the company has consistently sought out automation solutions, leading to increased productivity and competitiveness. The strategy has helped Stelpro excel in its ever-changing industry, and position itself for success in global markets. 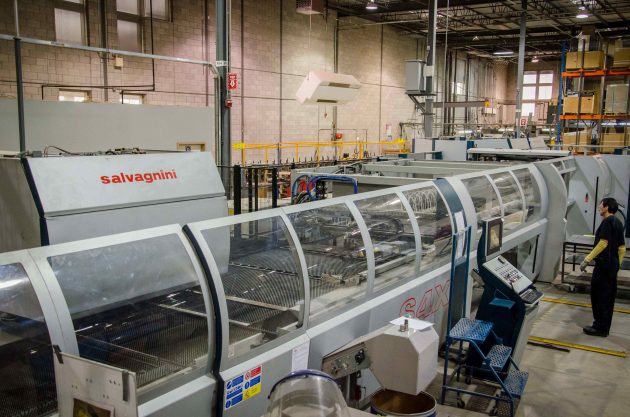 This level of production makes Stelpro the North American leader in its industry sector. The company maintains continuous production, with only two 12-hour breaks per week. As proof of its versatility, Stelpro is the only Canadian manufacturer to serve both the electrical distributor and retail market, thanks to its comprehensive product offering.

François Séguin, vice-president of operations at Stelpro, explains how automation has allowed the company to optimize productivity and open new possibilities for its employees.

“We are proud to say that Stelpro is the only baseboard manufacturer in Canada—and probably in the entire world—to manufacture its products with such a high level of automation.”

Increasing productivity
Séguin insists automation should always be done in steps—the first and most important being the implementation of good management practices. “Over the past seven years, we managed to maintain an annual increase in productivity of over five per cent, which says a lot in the current landscape.”

In the 2000s, the company built a highly-automated paint booth, along with a cutting-edge research and development lab equipped with a vast refrigerated space featuring a complete house (to test heating products in real climatic conditions).

In the 2010s, it expanded its plant—located on Montreal’s South Shore—to more than 216,000 square feet and increased capacity by adding several units to its machine base, including cutting-edge Italian-made automated punch presses and press brakes.

The addition of an automated Salvagnini P4 and S4 station helped double the company’s punching capacity and triple its bending capacity (compared to its previous, traditional Amada units).

The 2010s also saw the company complete the acquisition of Synapse Électronique, securing CSA C828-06 certification (a performance standard for R&D), and most recently, updating its conformity to the new 2015 ISO 9001 quality standard.

Boosting safety
Stelpro was founded in 1981 (under the name Chalair Électrik) by John Chabot, father of current president Yves Chabot. The company changed its name when it acquired Stelpro Chauffage in 1994. But in 2012 when it expanded its business to offer a complete heating and ventilation solution, the company’s leadership decided to refine its branding by adding a degree symbol and introducing a unique visual touch—°STELPRO comfort 360. 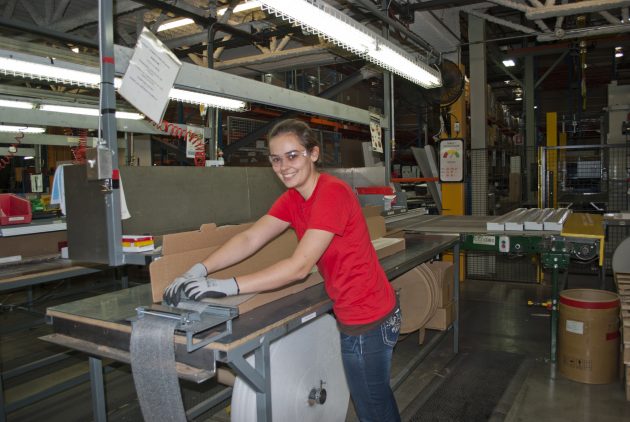 Through the years, several training programs had to be put in place to go along with the introduction of new technology, which allowed employees to add to their expertise and diversify their skill sets.

At the same time, automation helped bolster occupational health and safety efforts, for example, by decreasing risks related to repetitive strain injuries (RSIs). “It’s unavoidable; a worker who repeats the same movement 1,500 times a day will have an increased risk of injury. We transferred these repetitive actions to Fanuc robots, which can perform them risk-free, and we invested in our employees by redefining their roles and valuing their work,” Séguin explains.

Focused on growth, product quality and improving productivity in its facilities, Stelpro’s sound business plan led it to be named one of Canada’s Best Managed Companies in 2014. The recognition was no small achievement, given the competitive industry in which Stelpro operates.

The company differentiates itself in numerous ways, the least of which isn’t sustainability. Not only does it take into account environmental, economic and social factors in all of its operations, it actively promotes awareness through its product offerings, which carry distinctions such as Energy Star certification. In 2015, Stelpro was awarded a Level 3 Certificate of Performance from Recyc-Québec’s Ici on recycle program, thanks to its responsible waste management practices. 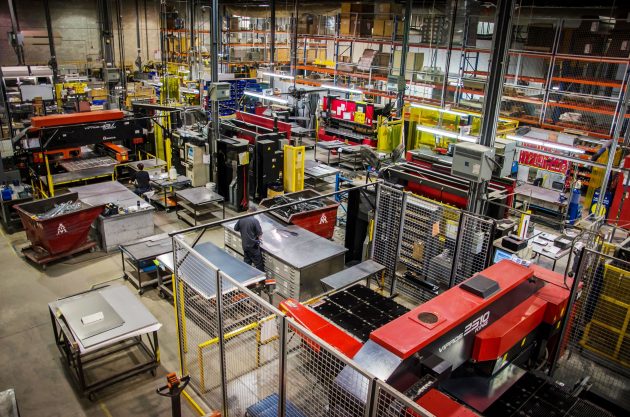 Today at Stelpro, more than 20 employees are focused on R&D. While launching innovative products promises to remain a top priority for the company (between five and 10 new products are launched per year), efforts will be also be made to grow in new markets. Stelpro is also planning an expansion of its headquarters in 2017.

Investing in cutting-edge technology has proven to be the best approach towards the company’s ultimate goal—becoming the number one heating equipment company in North America and a leader in related products such as wires, coils and thermostats.

To this end, Stelpro will continue to forge ahead with energy, following its 2020 business strategy focused on smart manufacturing, automation and product innovation.

Luc Boily is a freelance business and industry writer.

This article appears in the Industrial Edge Showcase, presenting stories of Canadian manufacturers using technology and innovation to boost their competitive edge.