Q&A: On why GM needs to retool for the future

Closing GM's Oshawa plant threatens the jobs of about 2,500 workers. But what does it mean for GM's long-term manufacturing presence in Ontario? 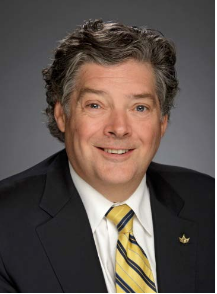 News about GM’s impending plant closures at the end of 2019 dealt an unexpected blow to industry watchers and raised ire among employees, unions, politicians and small business owners alike.

The automaker announced that its plan to overhaul operations is part of a global initiative to save $6 billion a year by the end of 2020. Affected plants are in Detroit; Oshawa, Ontario; Warren, Ohio; White Marsh, Maryland; and Warren, Michigan.

While some analysts expected GM to reduce production at the Oshawa plant, they did not foresee a complete plant closure.

GM’s Oshawa plant buys about $3 billion a year in auto parts and tools from Canadian suppliers, according to Flavio Volpe, president of the Automotive Parts Manufacturers’ Association.

In reality, says David Paterson, General Motors Canada’s vice-president of corporate affairs, the Oshawa plant has been vulnerable because “it operated at one-third capacity for the past several years.”

The automaker holds firm that it is maintaining a strong manufacturing presence in the area, but it remains to be seen what the long-term impact of a shift in GM’s global product strategy will be.

Q: Can you provide some context for the announcement?

Paterson: The global announcement has an impact on eight different General Motors manufacturing facilities around the world, including four in the United States, one in Canada and three outside of North America. This is all part of a broader restructuring and accelerated transformation for GM, so that we can reinvest $6 billion that we will save each year in the development of electric vehicles, and self-driving cars that position us, arguably, as the lead globally. So this is about a company transforming, doing it while the economy is strong. Unfortunately, it impacts the Oshawa plant. The Oshawa plant has been operating at one-third capacity. GM will not be selling the vehicles we are making in Oshawa beyond the end of next year. Therefore, we unfortunately have to give notice to our employees that we will be winding down production between now and the end of 2019.

Q: Oshawa is a flex facility; it can take on new lines fairly quickly and in a fairly agile way. Does the closure make sense in the broader scheme of things? Does the plant not have a capacity to take on any of the overflow perhaps?

Paterson: Yes, we have benefitted from the state-of-the art technology that we have on the car line within GM Oshawa. Unfortunately, what we have faced is a massive shift in the North American market, away from the purchasing of sedans, and a real shift to the purchasing of crossovers and SUVs and pick-up trucks. We’ve seen a real volume decline in car production, and that has left us in the Oshawa car plant running on barely one shift out of three for the last several years. The two products that we make – the Impala and the Cadillac XTS – will no longer be produced after next year, so we don’t have a product after the end of next year. Similarly, we have a truck production that is a special two-year program and it has been known for several years to be something that would be terminating at the end of next year as well.

Q: David, it’s not all bad news. When you look at GM and all the investments it has made in Canada and, particularly in Ontario regarding technology, GM has made some fairly visible investments in the Canadian Technical Centre in Markham, Ontario, and an upcoming investment in the Urban Mobility Campus on Eastern Avenue in Toronto. Can you tell us about those two facilities and how they factor into the overall push towards autonomous vehicles, electric vehicles and GM’s strategy?

Paterson: This whole announcement from GM is about accelerating a transformation to the future. And we are shifting our capital investments towards electric vehicles and self-driving cars. And here in Canada we are a microcosm of that transformation. While we have the very difficult and painful situation with regard to the wind-down of the Oshawa plant, we are actually hiring about 1,000 software engineers. We’ve opened up Canada’s largest automotive and software technology centre in Markham, we will be opening up a new Urban Mobility Campus in downtown Toronto in the next two years, and we are arguably Canada’s largest centre for new technology in the auto sector. So this is a transformation to the future. It’s a very difficult thing to run your traditional operations as efficiently as you can, and so you can free up investment to be a leader in future-oriented technology, such as electric cars and self-driving cars. We have a good start at with the new investments that we’ve made here in the last couple of years with regard to autonomous vehicles software.

Q: GM is continuing with CAMI in Ingersoll, Ont. and its St. Catharines Propulsion Plant. Can you tell us about the operations there? Is there any chance these will be affected by the announcement? And how many people are actually employed in assembly at those two locations?

Paterson: Overall, in Canada, we have 8,000 employees. We have up to 3,000 employees affected in Oshawa. But we will still have a base of 2,000 in Oshawa. We’ll still be one of Oshawa’s largest employers – and that’s a mix of our headquarters, sales and marketing. We have a GM Oshawa Technical Center that is doing very innovative work; we have a call centre for Onstar; and at the CAMI Assembly plant in Ingersoll, Ont., we are at full capacity. That facility has a three-shift operation making the Chevrolet Equinox – which is in the sweet spot of the market. This is very positive. And we have Canada’s best engine plant in St. Catharines, which also makes transmissions. We’ll be doing that for many years forward. So, we are in very solid shape. Our CAMI facility is about equal in production to what all of Canada produces in total. And we have this new mix of new technology in Markham and at Canada’s lead cold weather Development Centre in Kapuskasing, Ont. We’re not going anywhere. We’re Canadians. We are going to continue to grow and we are going to invest in the future. But we have to work through this incredibly difficult change in Oshawa’s part of the global announcements made by GM today [Monday November 26].

Q. Is there anything else you want to add regarding the rest of the week?

Paterson: This is an incredibly tough day for us in Oshawa, but it is part of a necessary global transformation of the company so we can free up $6 billion of capital, so that we can reallocate it to new products, new technologies and lead in the future shift to electric vehicles and self-driving cars. We intend to lead in that area. We were Canada’s largest seller of electric cars last year, and we are Canada’s leader in new autonomous software and technology, and we intend to grow that for the future.

Paterson: The autonomous vehicle market is estimated to be a multi-trillion-dollar business that will start in downtown city areas, with robo-taxi fleets that will use an app – just like other car-dealer services have. They will double as delivery vehicles, they will help improve traffic congestion, they’ll be much more efficiently used, and they will be increasingly prevalent in cities. We’ll still drive regular vehicles, we’ll still sell regular vehicles, electric vehicles and internal combustion vehicles for many years to come. But this is one of the most revolutionary technologies on the planet right now that has the ability to save, literally, over a billion lives a year. We lose people on driver error and car crashes at the rate of two per second. If we can invent cars that don’t bump into each other, and we can reduce traffic fatalities through technology, it is something we have to do, just as we have to reduce emissions and save the planet with regard to climate change. These are changes that are profound, they’re important. We’re making the investment now because we want to lead in that future, and we can do that right here in Canada if we play our cards right. This is a hard day. It’s hard to transition. But this is all about transforming and transitioning, and accelerating that transformation on a global basis.