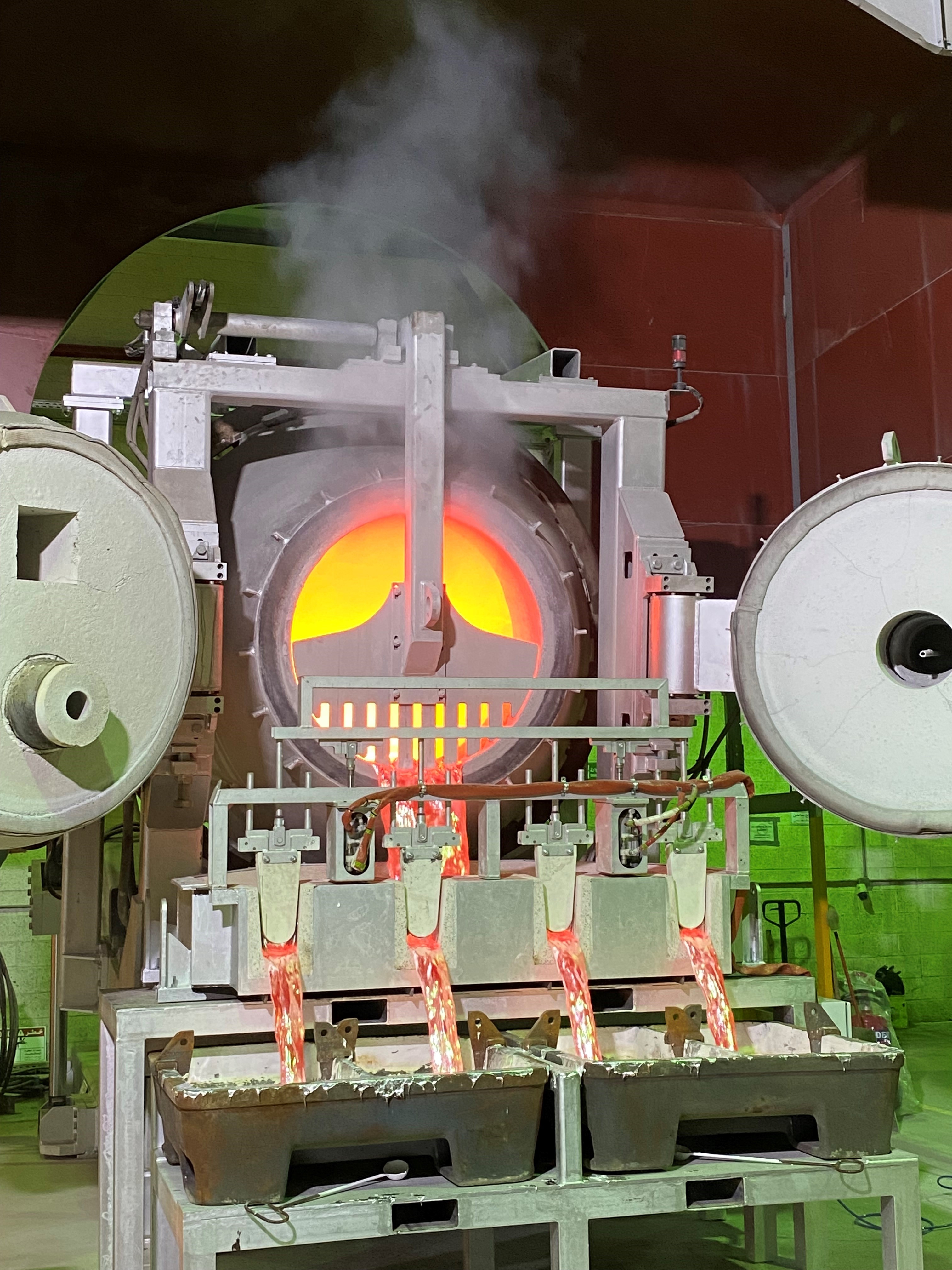 [In the accompanying image taken April 13, 2022, high-quality metal pours from a Drosrite system after being recovered.]

MONTREAL — PyroGenesis Canada Inc., a tech company and advanced manufacturer that designs, develops, manufactures and commercializes advanced plasma processes and sustainable solutions which are geared to reduce greenhouse gases (GHG), provided an update on its Aluminum business line on Apr. 20.

After unveiling an initial Aluminum Industry Strategy in September 2020, the Company’s mandate has since expanded as global aluminum producers face increasing metal demand, rising energy costs, higher market prices for aluminum, and approaching carbon emissions targets. As a result, the Company has increased sales efforts and R&D, targeting new uses of its ultra-high heat expertise and plasma-based solutions. All of these endeavors have reached client-discussion stage.

“Due to a series of macroeconomic and geopolitical factors that have intensified the already tightening market for aluminum – even now the world’s 2nd most widely used metal after steel, and whose demand is estimated to rise by 80% over the next two decades3 – aluminum prices have spiked, currently up almost 40% after rising as high as 56% year-over-year in March4,” said Mr. P. Peter Pascali, CEO and Chair of PyroGenesis.

The Company reports several key developments with regards to Drosrite™:

On September 27, 2021, the Company announced that it had signed a joint venture and license agreements (both agreements collectively the “JV”) with a leading residue processor to transform dross residues – the material left over after Drosrite™ metal recovery – into high-value chemical products (the process known as “valorization”), that can then be sold to demanding applications such as fertilizer production and water purification for global markets. The 50:50 JV will be geared towards building, installing and operating dross residue valorization facilities worldwide.

This joint venture is in the final due diligence phase, but the JV is already evaluating specific locations for the first plant in which a country decision has already been finalized. The joint venture has also started evaluating additional locations in other countries for further plants.

The Company also announced previously that it was bidding on an up-stream opportunity, valued at approximately $40MM. This process is plasma based, and not only reduces GHG, but it also appears to be cheaper than alternate technologies.

Also mentioned previously, the bid process was experiencing delays, and this has continued, primarily relative to a change in personnel on the potential customer’s end, and other administrative tie-ups that are beyond the control of The Company. The bid process is being administered by a 3rd party global engineering firm, who has kept both the name of the potential customer, and the country in which they are located, confidential from bidders.

PyroGenesis is involved with a European-based aluminum and renewables conglomerate, active throughout the world, and operator of one of the world’s largest primary smelters, who is exploring a comprehensive fuel-switching program that would replace carbon-fired burners with plasma torches.

The burners targeted for potential replacement are in furnaces within the company’s aluminum cast-house, within various heated molten holding tanks that – post-smelting – store the newly made liquid aluminum in preparation for ingot creation.