The Innovative Vehicle Institute will oversee the test phase in collaboration with the Nouveau Monde Graphite team, which will coordinate operations in the field. 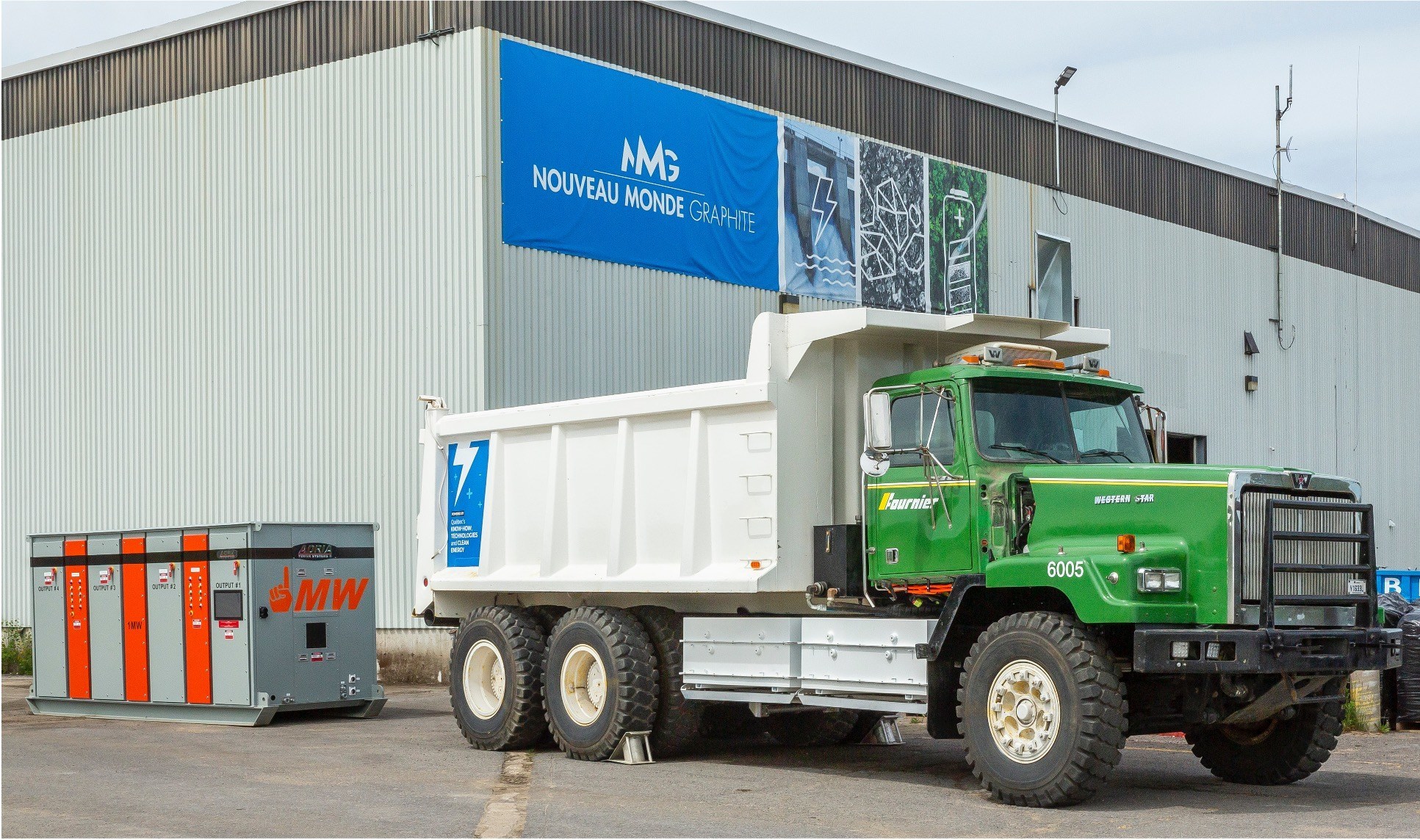 MONTREAL — The Innovative Vehicle Institute, Propulsion Quebec and a conglomerate of industry partners have announced the start of a nine-month test phase for an open-pit mining vehicle and its infrastructure at the Nouveau Monde Graphite mine in Saint-Michel-des-Saints, beginning in the summer of 2022.

The new phase of the EMV project will test a 40-tonne Western Star 6900XD truck under real mining industry scenarios.  Propulsion Quebec says the engine and components were replaced and adapted to electrification and charging infrastructure, which includes a one megawatt capacity developed to power it.

The goal of the test phase is to refine the technology and test the efficiency of the various components with a view to commercializing an efficient 100 per cent electric technological solution.

The Innovative Vehicle Institute will oversee the test phase in collaboration with the Nouveau Monde Graphite team, which will coordinate operations in the field. The results will be the subject of a report on the findings and the lessons learned.

“Propulsion Québec is very proud of all the work accomplished by the team and partners of the EMV project since it was announced in November 2020. After 18 months of intensive research, development, and experimentation, the vehicle, its components, and its infrastructure are ready to be tested in Saint-Michel-des-Saints and to demonstrate their effectiveness in reducing GHGs from open-pit mines in Quebec and Canada, which are still too dependent on fossil fuels to power this type of heavy vehicle. The test phase is part of a collective approach to the energy transition of specialized ground transportation and will shape the future of this industry over the next few years,” said Sarah Houde, CEO, Propulsion Québec in a statement.