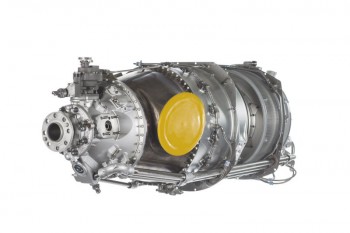 LAS VEGAS—Pratt & Whitney Canada has introduced what it says is the most powerful and fuel efficient engine on the general aviation market.

“Today’s announcement demonstrates our ability to continuously innovate and raise the bar with the PT6A family to make the world’s best engines even better,” Denis Parisien, vice-president of General Aviation at P&WC, said. “There are more than 70 PT6A engine models used for over 125 different aircraft applications around the globe – a testament to the PT6A’s unmatched versatility, performance and reliability.”

The new engine has no mandatory requirements for warm-up or cool-down, something that allows operators to maximize their productivity and efficiency, P&WC, said.

“No one understands the needs of general aviation better than we do,” Parisien added. “We built the industry with the PT6A turboprop engine more than five decades ago and we’ve never stopped innovating since. These two engines are a demonstration of the advancements we’ve made and our focus on delivering the best engines for customers and operators.”

The company also said its modular design and externally-mounted fuel nozzles make it the easiest engine on the market to access and maintain.

“Simple routine engine inspections can be done while still on-wing, in the field or in the hangar, eliminating surprises, reducing costs and providing peace of mind. More time on-wing and a predictable and planned maintenance environment mean more revenue for operators,” the company said.