The U.K.'s exit from the EU is throwing doubt on whether the U.K. will abide by EU name protection rules once it separates next year 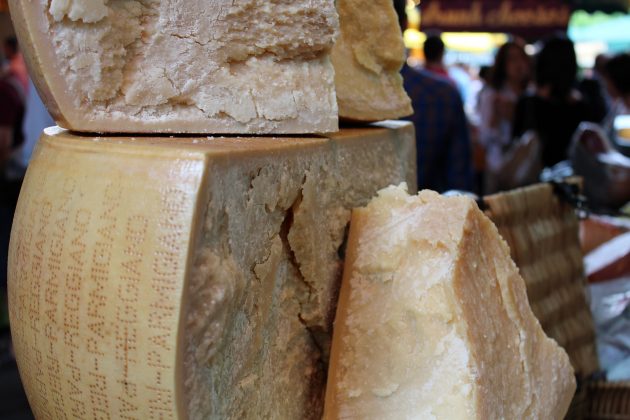 PINHAO, Portugal – The scorching late summer sun of northern Portugal is ripening the black, super-sweet grapes that will go to make what European Union rules say is the only wine in the world that can be called port.

Winemaking has for centuries been a way of life for many families here in the picturesque valley of the River Douro. It’s a tradition the EU regulations are designed to protect.

“If it wasn’t for wine, the Douro region would be on its knees,” says 59-year-old Jose Pereira, a foreman for the Rozes port wine producer, as behind him two dozen local people pick the first grapes of the annual harvest. “Wine is our wealth.”

For these workers and the local port wine producers, just like the makers of French Champagne, Greek feta cheese or Italy’s Parma ham, the EU’s name-protection laws help ensure their livelihood by shielding them from industrial-scale, lower-cost copycats.

But port wine’s second-largest export market is the United Kingdom, and the impending British exit from the EU is throwing port’s almost 50 million euros’ ($58 million) worth of annual business there into doubt.

That’s because London conspicuously isn’t saying whether after leaving the EU next year it will keep the bloc’s name protection rules. It could, for example, choose to let in rival port producers from the British Commonwealth, such as South Africa and Australia, as it casts around for post-Brexit trade deals.

Authorities in the United States have long fought against the EU’s Geographical Identification laws, saying they amount to trade barriers – an argument that is not lost on the British government as it eyes closer business ties with Washington.

Product name protection is not a minor issue.

Last week, the EU’s Brexit negotiator Michel Barnier singled it out as one of the three main outstanding questions, alongside a possible future border in Ireland and working out the post-Brexit EU-U.K. relationship. And it is likely to come up at an EU summit in Austria this week where leaders will assess the state of the Brexit talks.

He believes the British government, aware that the U.K. is a major market for the more than 3,000 EU-protected items, is using the issue as “a bargaining chip” to win advantages in other areas of the negotiations.

EU protected names are prized by businesses. The labelling comes with strict regulations on production and is regarded as a quality guarantee that helps branding and sales.

The EU says the scheme seeks to protect local economies and cultures against misuse of names or imitations.

The policy has been a flashpoint before, being a factor in holding up a trade deal between the EU and the United States, where Geographical Identification rules fall under trademark law and where feta and parmesan, for example, are considered generic names.

The Office of the United States Trade Representative, in a report this year, described the EU rules as “harmful” for free trade and as “barriers on market access for American-made goods and services.”

The U.S. Dairy Export Council, which is pressing Britain to drop the EU rules, says it is not wholly against protecting geographical indications.

“What we take issue with,” says Shawna Morris, its vice-president for trade policy, “is the EU’s aggressive approach to GIs, in which it uses GIs as a way to monopolize certain markets of commonly produced food categories, confiscating generic terms like parmesan and feta, even though such terms entered into generic usage generations ago.”

The nub of this argument is that while it is acceptable for Parmigiano-Reggiano cheese to come only from the region around the Italian city of Parma, not all parmesan cheese should be required to come from Italy.

Portugal’s port wine industry offers a look into how a protected name earns its special status and what’s at stake for families and businesses in the Brexit talks.

The Douro Valley has an abundance of arresting landscapes along an almost 200-kilometre (120-mile) stretch, reaching from the Atlantic almost into Spain. The spectacular scenery places it on a par with other outstanding European wine regions, such as the Rhine Valley in Germany or France’s Loire.

The valley’s steep and stony slopes are scored with contours of green vines that ripple back from the river in corrugated lines. Terraces of ancient walls, hand-built in local brown slate, hold the soil in place. The quiet landscape is punctuated with ridgetop clusters of whitewashed houses and port wine estates called ‘quintas.’

Several factors, producers say, make this a singular place: it has weather extremes, with summer heat well above 30 degrees Celsius (86 Fahrenheit) and winter bringing snow and ice; grape varieties such as Touriga nacional, Tinta roriz and Barroca are unique to Portugal; the poor, bone-dry soil means fewer grapes but a high concentration of sugar; and the slopes, up to 600 metres (2,000 feet) high, offer varying angles of exposure to the sun.

Trucks and tractors have replaced mules and oxen, but plenty has remained unchanged, including grape-treading in a knee-high granite tank called a ‘lagar.’

It is a fortified wine, made by adding grape spirit to halt the fermentation and keep the grapes’ natural sweetness. It allows winemakers to produce deep, textured wines admired around the world.

It is an ironic twist of Brexit that Britishness runs through the history of Portugal’s port wine.

The port business was largely created by, and flourished because of, the British. The port companies, or ‘houses,’ carry names like Taylor’s, Croft’s, Churchill’s, Warre’s, Sandeman, and Symington.

Taylor’s, for example, was established in the Douro Valley in 1744 by Bartholomew Bearsley. He was succeeded by a string of British men, leading to today’s managing director, Adrian Bridge.

Bridge’s office is on the coast by the city of Porto, where the port companies have traditionally brought their wines for aging and shipping.

Standing amid hundreds of centuries-old barrels piled in a musky cellar with granite walls, Bridge notes that Brexit is already hurting business as the British pound’s drop in value against the euro has pushed up port’s price on U.K. shelves.

Taylor’s sells port to 105 countries and there are plans to expand in other markets, “but Britain is far and away the most important.”

He adds, with typical British understatement, that he expects Brexit to “require some degree of readjustment.”