The biggest automotive event in Canada, from Feb. 17-26, brings the industry’s best and brightest to Toronto to show off their newest and glitziest innovations.

Prior to the action getting under way, event organizers and automakers welcomed reporters for Media Day, Feb. 16, where industry leaders announced new models and concepts.

Here are some of the highlights of the 2017 Canadian International Auto Show’s Media Day: 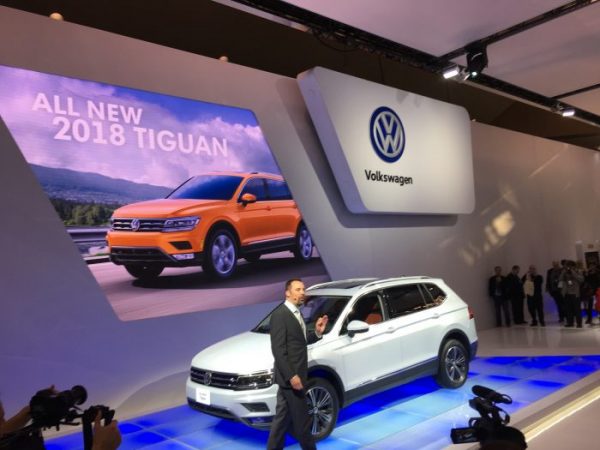 Volkswagen’s Alltrack Golf beat out the BMW M2 and the Hyundai Electra to win The Automobile Journalists Association of Canada’s 2017 Canadian Car of the Year Award. The all-wheel drive station wagon starts at $35,295.

After winning this prestigious honour, Volkswagen revealed the 2018 Tiguan. The revamped SUV has more passenger space than past models, plus 57 per cent more cargo space. 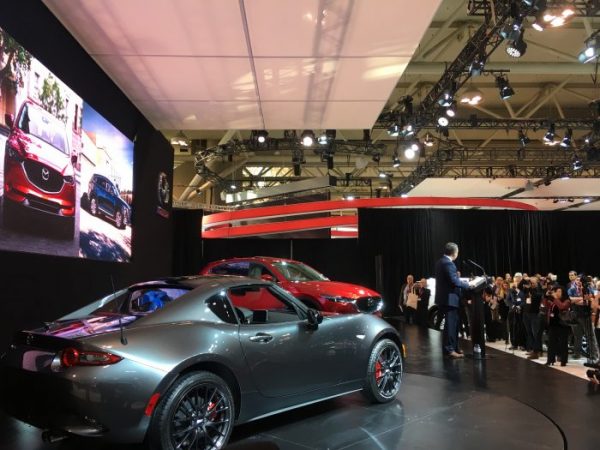 Mazda introduced the new 2017 Mazda CX-5 crossover. This second generation compact crossover will be Mazda’s first passenger vehicle in Canada with a diesel engine, when it hits dealerships at the end of March—starting at $24,900. 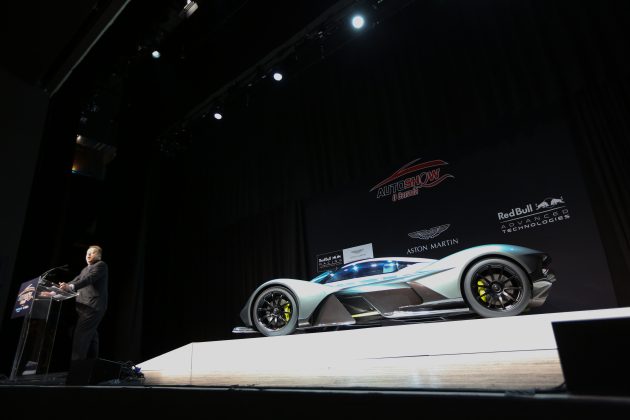 Production of the AM-RB 001 will be strictly limited to only 150 cars, including prototypes and track-only versions. First deliveries will commence in 2019.

Aston Martin also announced that it will be partnering with Canadian firm Multimatic of Markham, Ont., to manufacture the AM-RB001 when it goes into production. 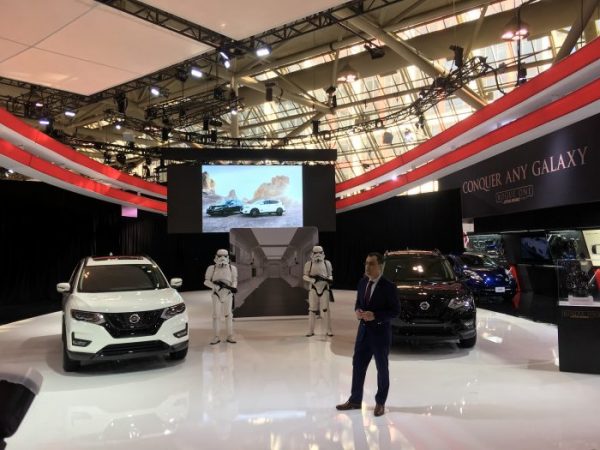 Nissan introduced the Vmotion 2.0 Concept. This car offers hints at the technology Nissan will introduce in years to come, to deliver on its commitment to zero emissions and zero fatalities. 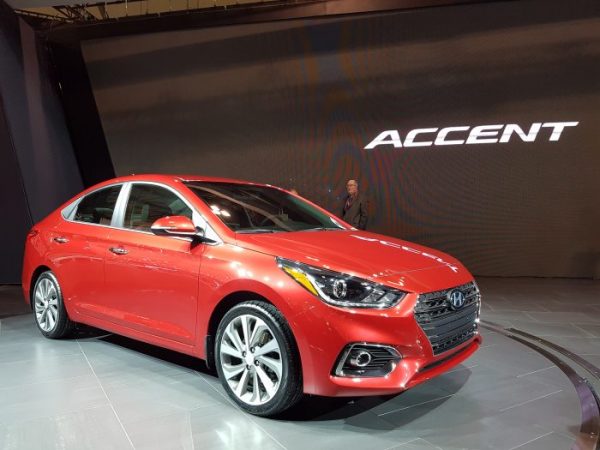 Hyundai rolled out the 2018 Accent. Despite leading the subcompact market for the past eight years straight, the Accent received a significant redesign for 2018.

Hyundai also unveiled the Allantra GT. The five-door model will be arriving in Canadian showrooms this spring. 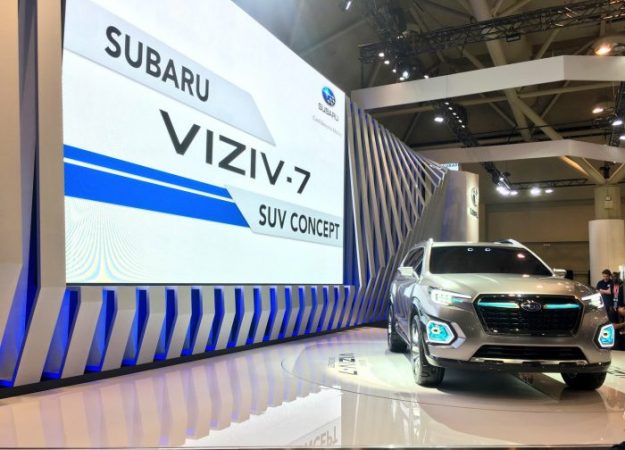 After its Forester was named AJAC’s 2017 Utility of the Year, Subaru unveiled its Viziv-7 SUV Concept. The mid-sized vehicle is expected to be on the market in 2018. 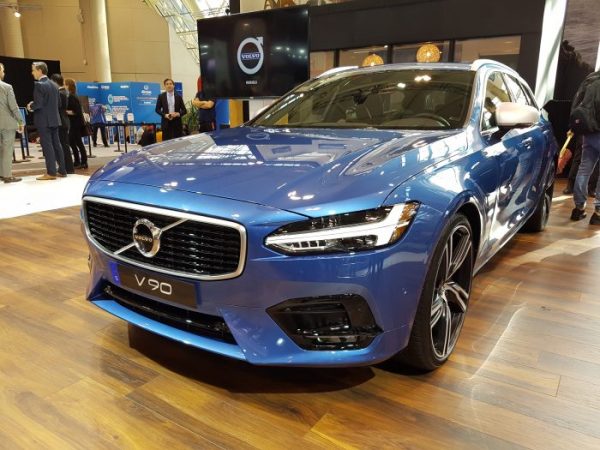 Volvo revealed the new V90 R Design. The fourth and final model in the V90 lineup, the R Design boasts a new look and comes on a sport chassis. 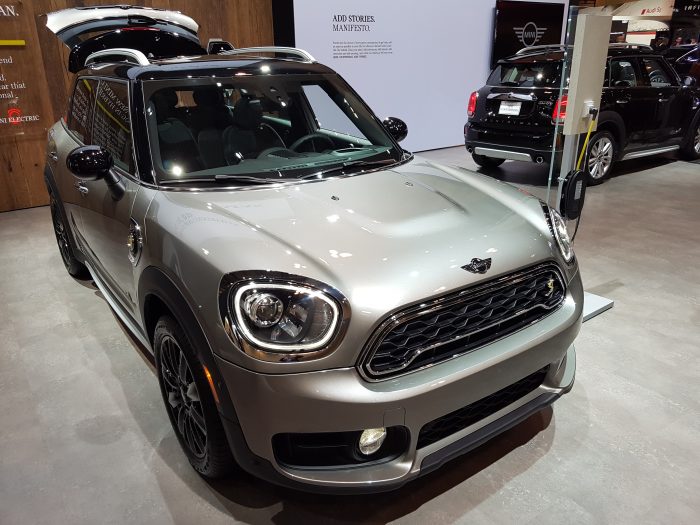 On the MINI side, the new MINI Countryman was introduced in a plug-in hybrid version. 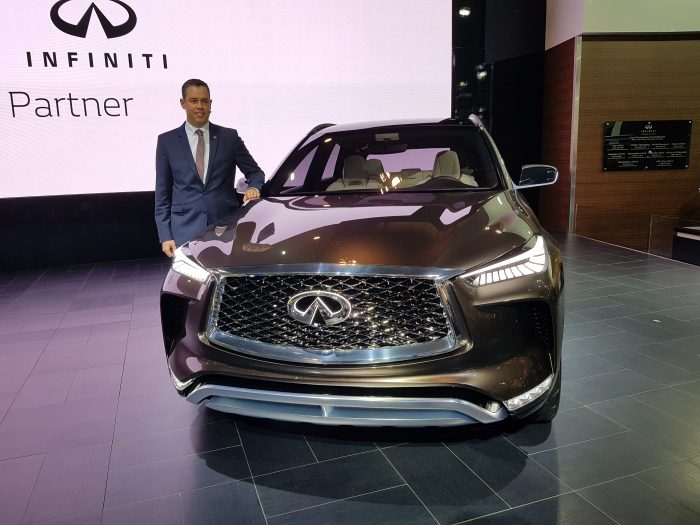 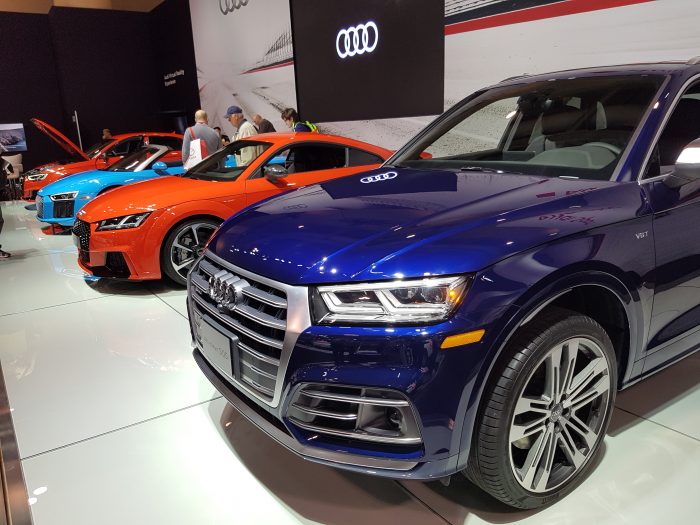 Audi premiered four new cars, including the turbo charged SQ5, the TTRS coupe, the R8 Spyder and, for the first time in Canada, an RS3 sedan.

Audi’s sales in Canada climbed 14 percent over the past year. 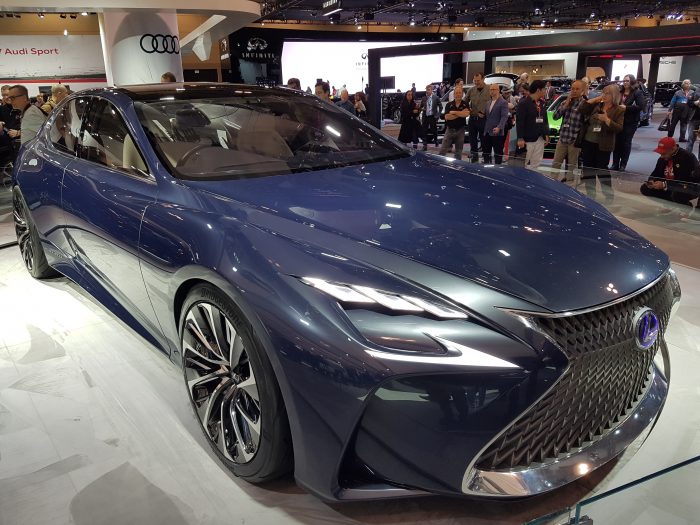 Lexus pulled the wraps off the hydrogen-fueled LF-FC Concept and the subcompact UX Concept. These cars will let drivers activate certain functions with simple hand gestures. 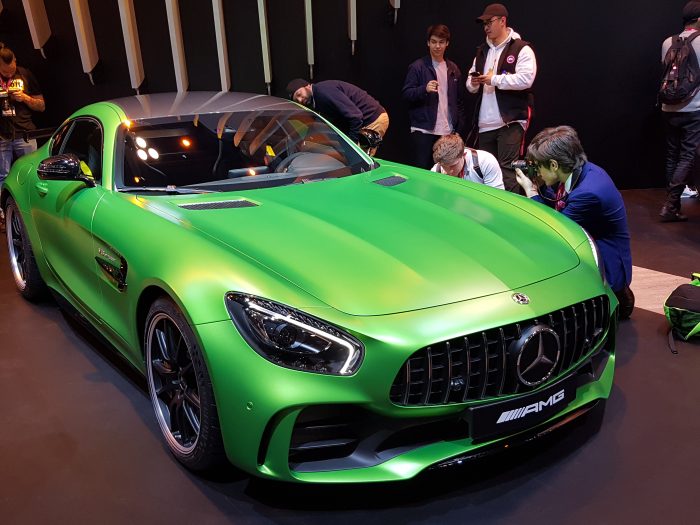 These three offerings, new to the Canadian market, have sold more than 48,000 units worldwide. 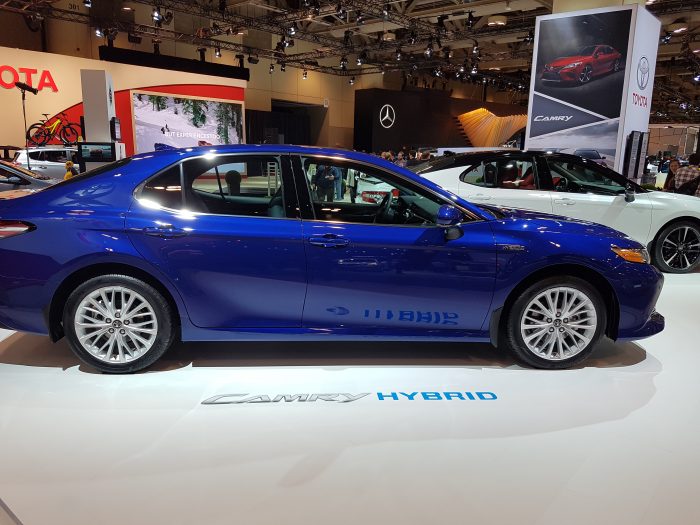 The 2018 Camry received a substantial redesign. 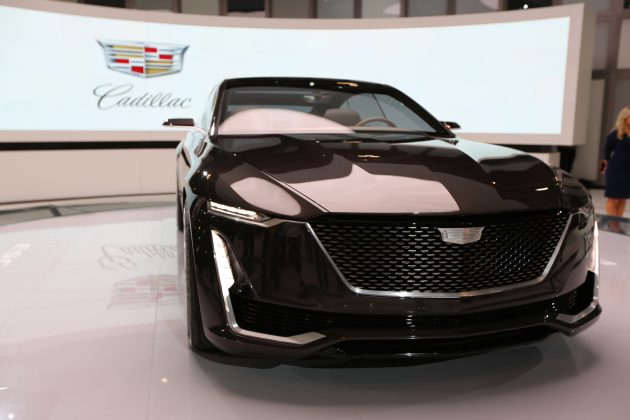 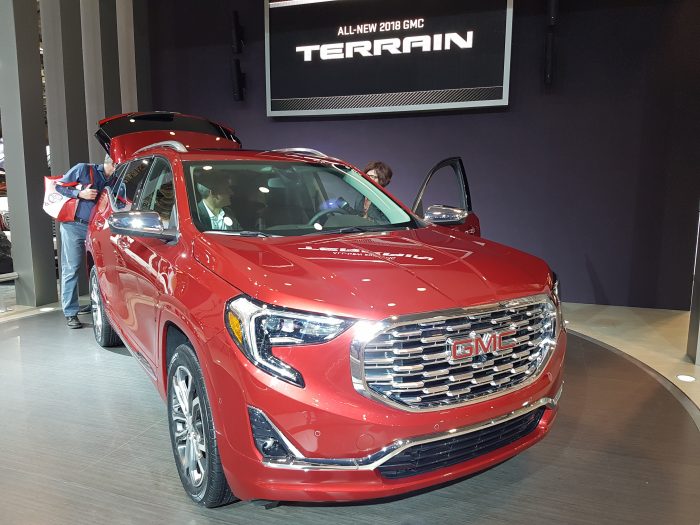 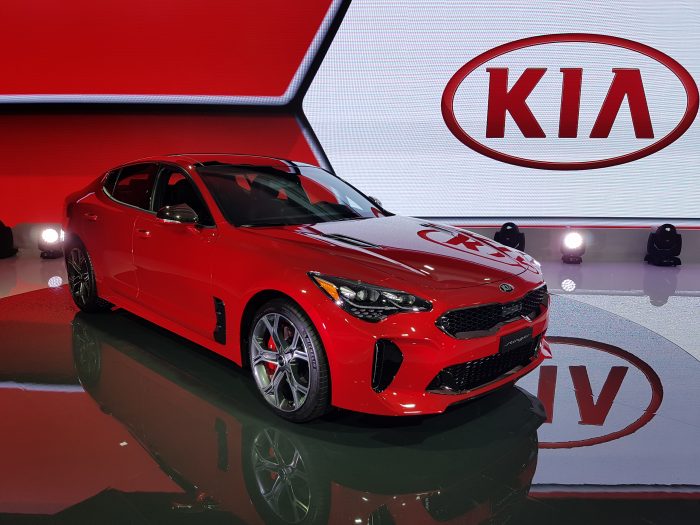 Two new sedans from Kia will soon be hitting the streets of Canada, including the 2018 Stinger. The Stinger is the company’s first all-wheel drive sedan and its fastest production car. Also introduced today was the Cadenza. 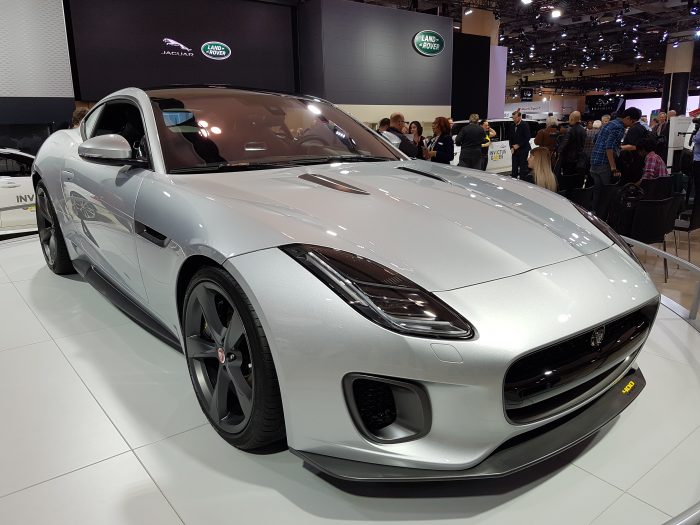 Canada is Jaguar’s fifth largest market in the world. 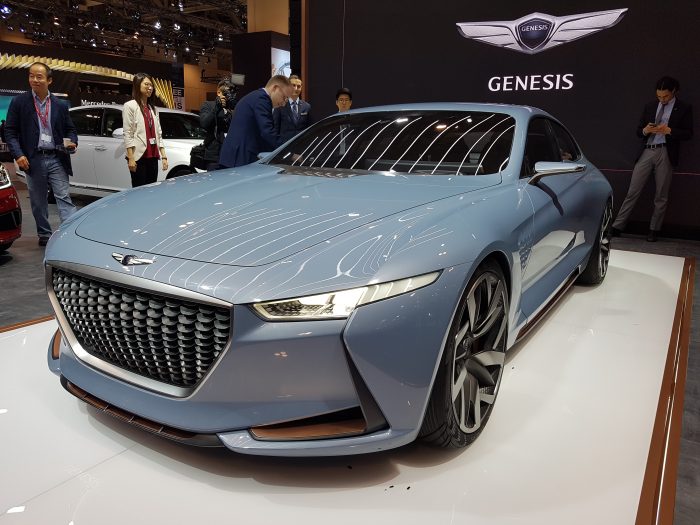 Genesis also revealed that it will open two boutique sales centres in the Greater Toronto Area in 2017 and 31 locations across Canada by 2021. 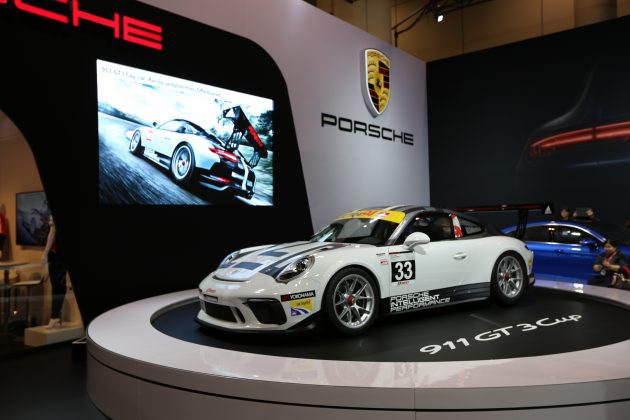 Porsche presented two models: the Macan Turbo Performance Package, a souped-up 440 horsepower version of the SUV, and the 911 GT3 Cup, a newly designed racer with a 4-litre, six-cylinder, 485 horsepower engine.

The 911 GT3 Cup is the world’s most widely produced GT racing car. It will be racing in the 2017 season of the Ultra 94 GT3 Cup Challenge Canada.