Already partnered with GM on several projects, the French carmaker said it's discussing “numerous strategic initiatives” with the U.S. firm, including the acquisition of its money-losing European subsidiary, Opel 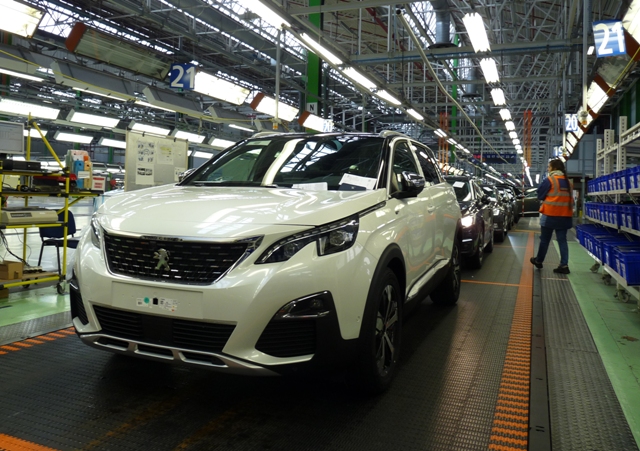 A PSA-Opel combination would be the second-largest auto brand in Europe, trailing only Volkswagen. PHOTO: PSA Group

PSA Group said in a statement Feb. 14 that it was considering “numerous strategic initiatives” that would expand the existing co-operation between the two companies, and that a takeover of Opel was one of them.

PSA Group and GM are already involved in several joint projects in Europe. The Detroit-based automaker acknowledged the talks and cautioned that “there can be no assurance that an agreement will be reached.”

A PSA-Opel combination would create the second-largest carmaker by market share in Europe, with 16.6 per cent of sales according to 2016 figures. It would be second only to Volkswagen, with 23.9 per cent—but would vault ahead of the Renault-Nissan alliance with 13.9 per cent.

GM has endured years of losses at its European business, which makes cars under the Opel and Vauxhall brands.

It had hoped to reach break-even by now, but last year posted a loss of US$257 million for the year even as GM as a whole turned in a robust profit of $9.4 billion. The company’s earnings in Europe took a $300 million hit from the British vote to leave the European Union. The resulting plunge in the British pound shrinks the dollar value of earnings from its Vauxhall models in that market.

GM CEO Mary Barra has underlined the company’s commitment to Opel several times in recent years. But the unexpected loss last year has increased pressure on the company to find a solution in Europe, and she expressed dissatisfaction with the situation there after the company’s most recent earnings report.

Barra said on a conference call that “without the negative impact of Brexit we would have achieved break-even in 2016.”

“We aren’t satisfied with these results,” she said, “and the team is focused on mitigating the effect through further cost efficiencies” and new models.

Opel has struggled to control costs due to stronger worker protections in Europe that make it harder to adjust production capacity to demand than in the U.S. or other locations. Opel and Vauxhall also face tough competition for sales of less profitable mass-market vehicles.

Opel has had success with models such as the Mokka small SUV, and sales rose 4 per cent last year. Its mainstay Astra model, which competes with the Volkswagen Golf, won the European Car of the Year award at the Geneva auto show.

But it lacks larger SUV models that would bring fatter profits.

GM and PSA Group formed an alliance in 2012 but in 2013 GM announced it was selling its stake. In 2009, GM agreed on a sale of a majority stake in Opel to Canadian car parts firm Magna International and Russian lender Sberbank but called the deal off as the GM’s fortunes improved following its bankruptcy restructuring.