Trump lashed out, saying whoever provided information to the whistleblower is "close to a spy," then suggested that was treason, an act punishable by death

September 27, 2019   by Zeke Miller And Eric Tucker And Mike Balsamo, The Associated Press 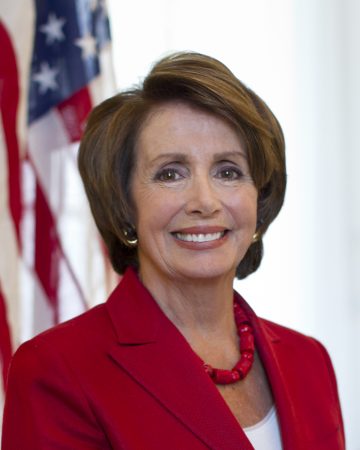 WASHINGTON—House Speaker Nancy Pelosi warned against retaliation by President Donald Trump on Friday as he lashed out at anyone who might have helped an intelligence whistleblower whose complaint is at the centre of the impeachment probe.

The whistleblower’s complaint alleged that Trump abused the power of his office to “solicit interference from a foreign country” in next year’s U.S. election. In a July 25 phone call, days after ordering a freeze to some military assistance for Ukraine, Trump prodded new President Volodymyr Zelenskiy to investigate Democratic rival Joe Biden and volunteered the assistance of both his personal attorney, Rudy Giuliani, and Attorney General William Barr.

Late Thursday, Trump denounced people who might have talked to the whistleblower as “close to a spy” and suggested they engaged in treason, an act punishable by death. Then on Friday, he targeted the complainant, a CIA officer, tweeting, “Sounding more and more like the so-called Whistleblower isn’t a Whistleblower at all.”

Pelosi told MSNBC‘s “Morning Joe” show, “I’m concerned about some of the president’s comments about the whistleblower.”

She said the House panels conducting the impeachment probe will make sure there’s no retaliation against people who provided information in the case. On Thursday, House Democratic chairmen called Trump’s comments “witness intimidation” and suggested efforts by him to interfere with the potential witness could be unlawful.

Trump’s Friday comment questioning the whistleblower’s status could foreshadow an effort to argue that legal protection laws don’t apply to the person, opening a new front in the president’s battles with Congress. The intelligence community’s inspector general found the whistleblower’s complaint “credible” despite finding indications of the person’s support for a different political candidate.

As more Democrats have lent support to investigations that could result in the removal of the president, Pelosi has moved to focus the probe on the Ukraine matter, rather than the array of other open inquiries.

“I think we have to stay focused, as far as the public is concerned, on the fact that the president of the United States used taxpayer dollars to shake down the leader of another country for his own political gain,” she said Friday.

Pelosi declined to provide a timeline for the House impeachment investigation.

“They will take the time that they need, and we won’t have the calendar be the arbiter,” she said. But she added, “It doesn’t have to drag on.”

Meanwhile, Republicans were straining under the uncertainty of being swept up in the most serious test yet of their alliance with the Trump White House.

“We owe people to take it seriously,” said Sen. Marco Rubio, R-Fla., a onetime Trump rival who is now a member of the intelligence committee.

“Right now, I have more questions than answers,” he said. “The complaint raises serious allegations, and we need to determine whether they’re credible or not.”

Fresh questions were raised late Thursday about how the White House and the Justice Department handled the whistleblower complaint. The administration initially blocked Congress from viewing it, and only released a redacted version to lawmakers this week after the impeachment inquiry had begun.

White House and Justice Department attorneys were aware of the concerns about Trump’s call with Zelenskiy before the complaint was filed, according to a U.S. official and a person familiar with the matter. The intelligence official initially filed a complaint about Trump’s dealings with Ukraine with the CIA, which then alerted the White House and the Justice Department, before filing with the intelligence community’s inspector general, a process that granted the individual more legal protection.

The person familiar with the matter, as well as another person with knowledge of the case, confirmed that the whistleblower was a CIA officer.

The Associated Press is publishing information about the whistleblower’s background because the person’s credibility is central to the impeachment inquiry into the president. The New York Times first reported that the individual was a CIA officer.

The U.S. official and the two people familiar with the matter spoke to the AP on the condition of anonymity because they were not authorized to speak publicly.

The whistleblower’s attorney, Mark Zaid, said publishing details about the individual places the person in a dangerous situation, personally and professionally. The CIA referred questions to the inspector general.