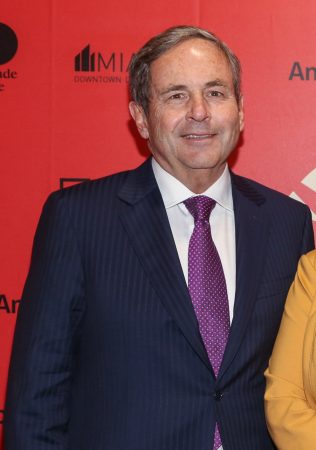 WASHINGTON – Canada’s trade-versus-tariffs drama with the United States has entered its third act, and the scenery has changed – from Capitol Hill to Parliament Hill.

For months, the iconic silhouette of the U.S. Congress has been a fitting and familiar backdrop for marathon Canadian lobbying efforts on two fronts: ending President Donald Trump’s levies on steel and aluminum from north of the border and ratifying the U.S.-Mexico-Canada Agreement.

Now, those two storylines are on a collision course – not in Washington but in Ottawa, which is what U.S. Ambassador David MacNaughton was hoping to gently point out Thursday when he suddenly predicted that an end to the tariff standoff was only weeks away. “What I was trying to do was say to them, ‘We’re running out of time here,’ without being threatening,” MacNaughton said in an interview.

“I think what they’re hearing – from the business community, from Congress on both sides of the aisle – is that these tariffs are an impediment to the enthusiastic support from a variety of people, not the least of which is Canada.”

Both the current sitting and session of Parliament end in June, and MPs won’t return until after the federal election in October. That means the House of Commons is running out of time to ratify the new version of NAFTA.

And as the federal Liberal government’s most non-threatening cabinet minister, Marc Garneau, told Trump’s economic lieutenant Larry Kudlow on Sunday in front of an audience of U.S. governors and lawmakers, it will be a tough sell, even in Canada, if the tariffs are still in place.

“I don’t know if we’re going to get there,” Garneau said.

The message wasn’t lost on Kudlow, who later joked that the minister “mentioned it 13 times” during their 45-minute panel discussion.

“I acknowledged that he’s correct, and that we’re working on that, and I believe he knows that,” Kudlow said. “We’re negotiating for a vote in Congress, and we’re negotiating with our friends in Canada and Mexico on that subject.”

But who, exactly, is at the table? Who signs off?

“That’s a really good question, and it’s not clear at this point,” said Dan Ujczo, a trade lawyer and Canada-U.S. specialist in Columbus, Ohio, who has been following every twist and turn in the never-ending saga.

Recall, Ujczo noted, that back in early November prior to the signing of the agreement in Argentina, Mexico believed it had obtained a commitment from U.S. Trade Representative Robert Lighthizer to get the tariffs lifted, only to later learn otherwise.

“One person rejected that offer, and that’s President Trump. So I think at the end of the day, we can convince as many members of Congress and members of the administration as we want, but it’s going to come down to one person making that decision, and that’s who’s heading these negotiations.”

Kudlow all but acknowledged Sunday that Trump’s bid to secure a sprawling trade deal with China – which is nearing a positive conclusion, judging from the president’s Twitter feed – is why Canada, Mexico and the European Union are still dealing with tariffs. The president, he suggested, doesn’t want to be “flicking switches on and off” at such a critical juncture.

Ujczo said he also believes the tariffs give the White House leverage with recalcitrant members of Congress who don’t support the trade deal, in part because of what they consider a lack of enforcement teeth for its labour and environmental provisions.

MacNaughton isn’t so sure about that, so he’s trying to train the spotlight on the legislative process in Canada, where a bill to ratify the deal would have to be tabled by mid-March in order to be passed in time for the summer recess.

“Things happen when it’s in everybody’s interest to make it happen,” he said. “There’s pressure on all sides at the present moment. Whether or not we can actually get to a deal, I don’t know, but it’s not going to get any easier as time goes on.”