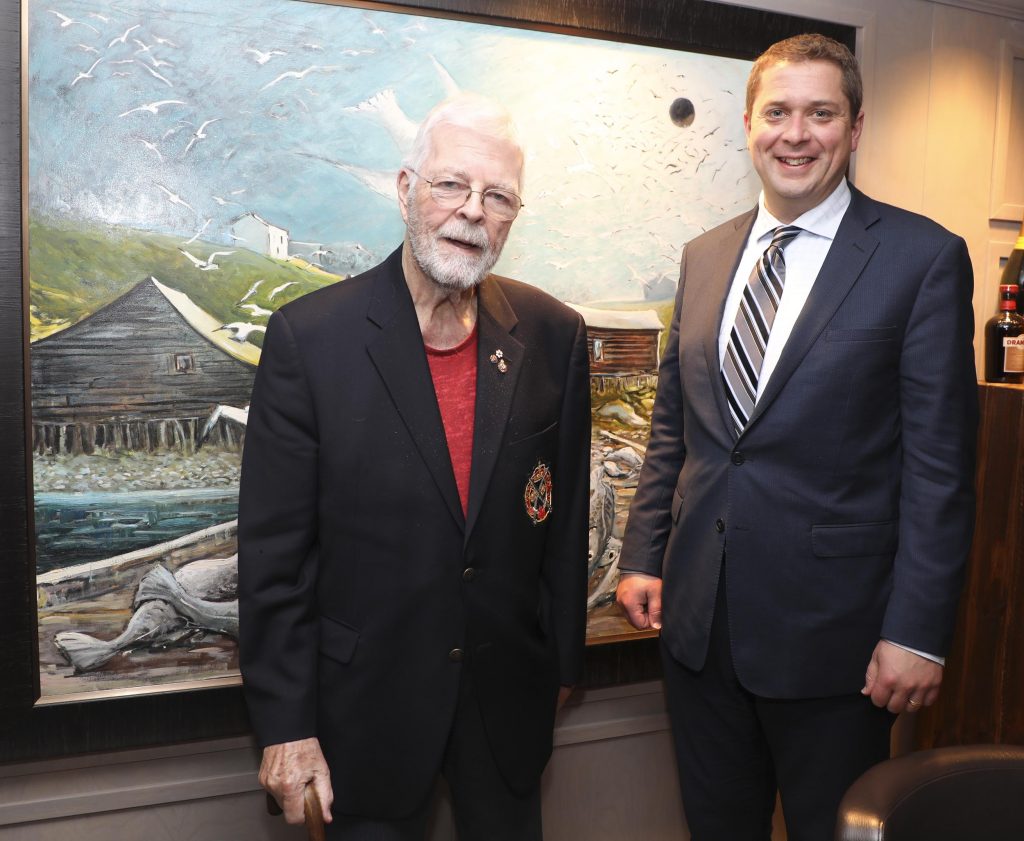 ST. JOHN’S, NL — John Crosbie, a former federal cabinet minister who was known as much for his sharp wit as for his politics, has died at the age of 88.

His death early Jan. 10 followed a period of declining health that saw an outpouring of support from both politicians and average citizens.

“It is consoling to know that our father, who dedicated his life to serving our province and country, is beloved throughout Newfoundland and Labrador and across Canada,” his eldest son, Ches Crosbie, said in a statement.

Crosbie, who was perhaps best known as an outspoken fisheries minister under Prime Minister Brian Mulroney, was born to a political family in pre-Confederation St. John’s in 1931. He was an exemplary student, graduating with honours from Queen’s University in Kingston, Ont., and Dalhousie Law School in Halifax.

He entered politics in 1965 as a city councillor in St. John’s. Within a year, he was appointed to the cabinet of Liberal Premier Joey Smallwood and shortly afterwards was elected to the legislature.

After a dispute with Smallwood over the leadership of the party in 1969, Crosbie crossed the floor to join the Opposition Progressive Conservative party led by Frank Moores. The Conservatives were elected to govern in 1972, and Crosbie held a number of cabinet positions before deciding to run federally in 1976.

As finance minister in the short-lived minority government of Prime Minister Joe Clark, he brought in a tough budget containing tax increases in 1979, and the government fell on a motion of non-confidence after less than nine months in office.

He ran for the party’s leadership in 1983 but, hurt by his inability to speak French, he lost to Brian Mulroney.

Questioned about his unilingualism, Crosbie shot back, “I cannot talk to the Chinese people in their own language either.”

Mulroney became prime minister in 1984 and Crosbie was named justice minister. In an exchange in the House of Commons in 1985, Crosbie told Liberal MP Sheila Copps to “Just quiet down, baby,” prompting Copps to reply, “I’m nobody’s baby.”

He riled Copps again in 1990 during a fundraiser in Victoria, B.C., saying Copps made him think of the song lyrics, “Pass the tequila, Sheila, and lie down and love me again.” The sexist quip was caught on camera, sparking an uproar. Crosbie later acknowledged the comment was “ill-considered.”

He later said he and Copps played up their squabbles for mutual gain. “She’s a professional politician, and I was as well,” he said in 2011. “We’re good pals now. We’re very friendly, and she’s married to a Newfoundlander, so she’s a fine woman as far as I’m concerned.”

During his time in the Mulroney government, he was one of the most vocal proponents of the Canada-U.S. Free Trade Agreement.

Crosbie’s final cabinet post was as fisheries minister, and he oversaw the closure of the cod fishery in Atlantic Canada – a move that put thousands of people in his home province out of work.

Defending himself in front of protesting Newfoundland fishermen in 1992, shortly before he announced the fishing moratorium, Crosbie said, ”I didn’t take the fish from the God damned water!“