After 30 years of service, Darlington is in the midst of a planned midlife overhaul. 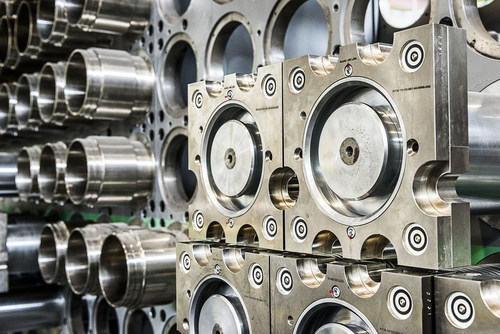 The $50 million contract will be executed by BWXT Nuclear Energy Canada Inc. in Peterborough, where a team of more than 250 employees, engineers, skilled trades and other specialized personnel will design and supply complex parts and assemblies to enable refurbishment of all eight FM heads at Darlington. Engineering work on this project began in 2020, with component supply occurring from 2022 to 2026.

After 30 years of service, Darlington is in the midst of a planned midlife overhaul. The first of four units was shut down in 2016 and returned to service in 2020. A second unit is currently being refurbished, with the four-unit project slated for completion in 2026.

Beyond extending the life of the station by 30 or more years, Darlington Refurbishment is a boon to Ontario’s economy. Approximately 96 per cent of project costs are being spent in the province – like this project currently underway in Peterborough – drawing on Ontario’s nuclear supply chain. More than 200 companies across Ontario are part of the refurbishment project.

According to the Conference Board of Canada, Darlington refurbishment and the station’s subsequent operating life has provided an $89.9 billion boost to Ontario’s economy. It will create approximately 14,000 jobs annually for the life of the project, with five jobs created in the broader Ontario economy for each worker directly employed at Darlington Station.