Ontario to raise minimum wage to $15 an hour

The government will release its plan to protect Ontario’s progress against COVID-19 and for building the foundation for the province’s recovery on November 4. 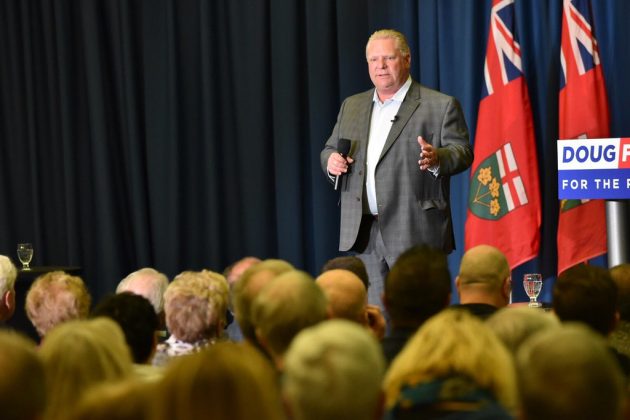 “Ontario’s workers have been the unsung heroes of this pandemic, as they’ve stocked shelves, kept our supply chain moving and helped so many of us enjoy a meal among family and friends at a local restaurant,” said Premier Doug Ford. “When we asked labour leaders what their priorities were, increasing the minimum wage was at the top of the list. As the cost of living continues to go up, our government is proud to be working for workers, putting more money into their pockets by increasing the minimum wage.”

The Ontario government is introducing legislation to increase minimum wages as the cost of living has increased considerably over the past several months, but wages for many have not kept pace.

“Over the past few weeks, our government has rolled out a historic number of reforms to rebalance the scales,” said Minister McNaughton. “Building on these actions, today, our government is ensuring workers who need our help the most receive their fair share of the economic pie. We will continue to use every tool in our toolbox to help workers in our province find meaningful careers that let them earn themselves bigger paychecks and build better lives for themselves and their loved ones.”

“An incredible debt of gratitude is owed to the workers of Ontario. These dedicated men and women kept store shelves stocked and supply chains going through the pandemic,” said Peter Bethlenfalvy, Minister of Finance. “However, we also recognize that for too long workers have been falling behind, and that wages for many have not kept up with the cost of living. They had Ontario’s back, and now, our government has theirs. Ontario workers should be in a race to the top, not a race to the bottom.”

These proposed changes are part of the government’s broader effort to support, protect and attract workers, and make Ontario a competitive place to work. The government will release its plan to protect Ontario’s progress against COVID-19 and for building the foundation for the province’s recovery on November 4.