Ontario to postpone phase-in of ORPP 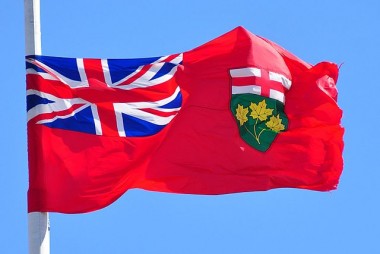 The controversial ORPP was originally scheduled to launch in 2017. PHOTO: abdallahh, via Wikimedia Commons

TORONTO—Ontario’s Liberal government announced Tuesday it is introducing an earlier-than-usual budget, while also pushing back the start of its unpopular pension plan.

The 2016 provincial budget will come down on Feb. 25, two months earlier than last year’s fiscal plan was announced.

Finance Minister Charles Sousa would not say why this budget will be introduced so early, except to say there are “anxieties” about the national and global economies.

“There’s a lot of programs that we’re taking and it’s important for us to come out early in order for us to achieve success in some of the investments that we’re proposing,” he said.

The budget is expected to show how the Liberal government will meet its self-imposed deadline of eliminating the $7.5-billion deficit by 2017-18, as well as details on wine sales in grocery stores and the cap-and-trade program.

Sousa also announced a one-year delay in the start of payroll deductions for the new Ontario Retirement Pension Plan, as the province and the federal government announced they would explore options with other provinces for enhancing the Canada Pension Plan.

The Ontario pension plan roll-out is being delayed to provide more time for that discussion, Sousa said. It’s hoped that options for CPP enhancement can be developed by the end of May for the federal-provincial finance ministers’ meeting in June.

The provincial government has long said that it will proceed with its pension plan unless the CPP is enhanced. To that end, Ottawa has agreed to facilitate plan registration, data sharing arrangements and some elements of administering Ontario’s plan.

Business groups—who are widely opposed to the Ontario pension plan—applauded the roll-out delay, which will benefit about 400 large employers. Companies with 500 or more workers and no comparable pension plan were going to have to start making contributions on Jan. 1, 2017. But Sousa said Tuesday that phase is being pushed back a year and instead will coincide with the start of contributions for medium-sized employers on Jan. 1, 2018.

Businesses with 50 or fewer employees will still have to start contributions on Jan. 1, 2019, and the ORPP will be fully phased in by 2020—unless there is an agreement with other provinces on CPP enhancement.

Sousa told the Empire Club of Canada that the government consulted widely on the budget and said it will reflect the priorities of Ontarians.

But the opposition parties say introducing the budget so soon after consultations ended makes it look as though the Liberals were not really listening and wrote the document before all the public comments were received.

“Their early budget date, quite honestly, is a circumvention of the democratic process,” said NDP finance critic Catherine Fife, who is on the committee that led pre-budget consultations.

“Finance committee hasn’t even delivered our report to the finance minister. It’s disrespectful to the … groups and the voices that came out to speak to us.”