Premier's comments follow revelation that Nestle Waters Canada and other bottling companies pay just $3.71 for every million litres of water 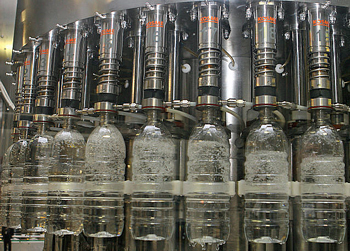 The latest battle over water-taking in the province surfaced when
Nestle Waters’ permit in Aberfoyle, Ont. expired July 31 and environmental group Wellington Water Watchers called on the province not to renew it

The Ontario premier said it would be “inappropriate” to issue Nestle Canada a new water-taking permit under the old rules that allow the company to pay the low rate.

Nestle Canada has three permits to take up to 8.3 million litres of water every day for bottling, while Nestle Waters Canada—a division of Nestle Canada—has a half dozen Ontario permits allowing it to take an additional 12 million litres a day.

The province charges companies the $3.71 rate after they pay a permit fee of $750 for low- or medium-risk water takings, or $3,000 for those considered a high risk to cause an adverse environmental impact.

Nestle Waters’ permit in Aberfoyle, Ont., expired on July 31. Environmental group Wellington Water Watchers is urging the government not to renew it.

Nestle is continuing to extract water because the environment ministry says a permit remains in force if a renewal application is made at least 90 days before it expires, and Wynne says that window gives the government a good opportunity to look at what should change.