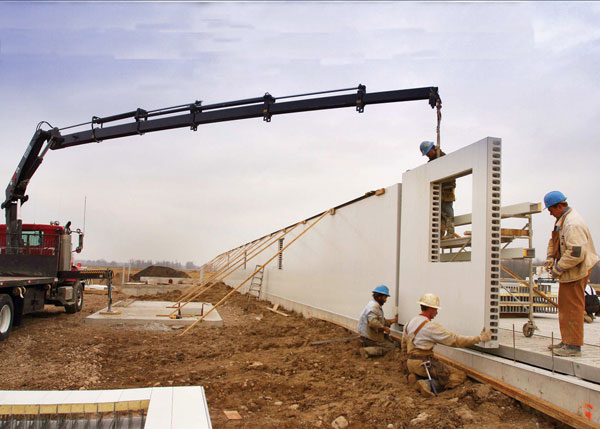 WOODBRIDGE, Ont.—When Typhoon Haiyan struck the Philippines in late 2013, it was a small Ontario cleantech company that could lay claim to having built one of the few structures that withstood one of the worst tropical cyclones on record.

Not only was it built to last, it was built green and on a budget.

“The houses around him toppled down, failed,” recalls Eyal Eshed, export manager at Nuform Building Technologies Inc. “Concrete came falling down, roofs blew off. But his house wasn’t touched. It was a major disaster and now we’re looking to rebuild using our technology.”

That technology is based on prefinished component assembly systems that use polymer-based formwork for concrete walls. Think of it as the IKEA of building materials, Eshed says of his company’s 125,000 sq.-foot facility. There, production of ready-made walls and ceilings take place under one roof, and, of course, the facility itself is a Nuform product that took just one week to erect.

Besides extreme weather durability, that type of construction speed is one of several magic ingredients for Nuform. Where traditional methods take some three to four months to build a single brick home, Nuform offers a system that can erect three to four houses per week, using just a small crew of unskilled labourers. Essentially, Nuform’s system eliminates the need for about seven construction trades typically associated with homebuilding.

“It’s about industrializing the construction project,” says Eshed, who notes that this point becomes tremendously important during a rebuild for a place like the Philippines, where there’s a shortage of some 60,000 homes that need to be built. 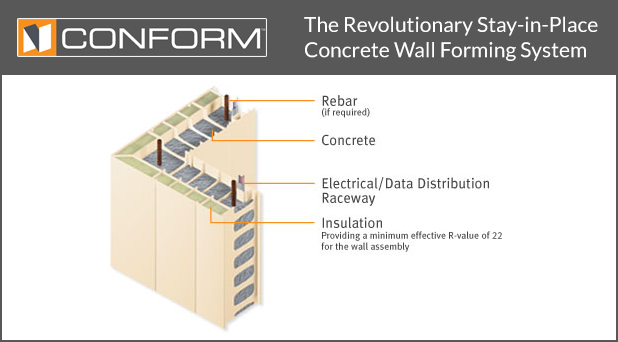 Each Nuform design is based on local climate, building codes and budgets. In Ontario alone, the company has built more than seven million square feet of commercial and industrial Nuform product space.

Nuform, founded in 1992, has building products that cover a variety of sectors, but has found particular success in three markets: car washes, agriculture, and social housing. While the first two markets are more of a North American phenomenon, social housing has been more of an international success for Nuform, which over the last few years alone has increased export sales from 28 to more than 64 per cent, with the aid of a dedicated export department.

“It’s an evolutionary process,” says Eshed. “The product finds itself where it makes a difference, and where it has capabilities that stand out.”

While speed of construction has made the difference in the social housing market, an emphasis on hygiene drives the company’s success in the agricultural sector, where it’s considered a premium product with added value.

“Stuff won’t stick to or grow on the walls, like dirt and mould,” says Eshed, noting that value comes from this low-maintenance appeal.

Carwashes have been the company’s biggest niche market success to date. The abuse suffered by these type of self-serve public facilities makes them a perfect candidate for Nuform’s hands-off model. A building’s panels can be easily customized, and provide clients with bays that remain quiet, warm and easy to clean, the company says.

Green by necessity
Sustainability is also part of the picture. Ninety per cent of Nuform products are made from recycled material and generate very little waste through shipping and work at the build site. Each structure is also very compatible in terms of adapting to Leadership in Energy and Environmental Design, better known as LEED.

Eshed says Nuform’s products were sustainable before sustainability became a “motivator”, as he puts it. He knows people want sustainable yet robust solutions on budget, so the company reduced the cost of the product using recycled material.

“It was really out of necessity that the product we produced was green, in order to compete on the world market,” says Eshed.

In a typical major city, Nuform knows that some 80 per cent of CO2 emissions come from the building sector—all that energy used to heat, cool and power buildings. It’s why Nuform is so focused on efficiency.

Nuform’s building product is very reflective, says Eshed, so that saves about 20 per cent on home or facility lighting costs. And, in terms of thermal resistance, Nuform’s insulation has an R-value of 22 or greater.

Learn more about Nuform’s speedy building process by watching the video below.