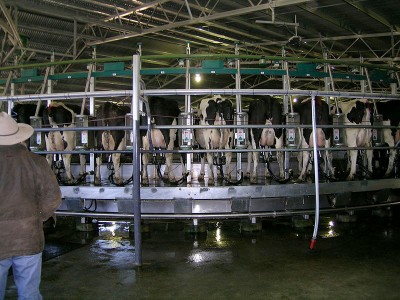 Encouraging dairy trade between the provinces is one of several steps the study found would help reduce inter-provincial trade barriers within Canada.

TORONTO—Canada is forging ahead into foreign markets with the recently agreed-upon Trans-Pacific Partnership and the Comprehensive Economic and Trade Agreement with the European Union. But even as international trade barriers begin to fall, a new Fraser Institute study shows there’s still work to be done at eliminating impediments to trade within Canada’s own borders.

“While there has been some progress in building a common national market over the past two decades, at least regionally, more work needs to be done. For example, residents of Ontario still aren’t able to order wine from British Columbia; a teacher from Alberta can’t work in Newfoundland and Labrador without added certification; and there’s no inter-provincial trade in dairy products,” Laura Dawson, the study’s author and director of the Canada Institute at the Wilson Centre, said.

Reducing inter-provincial trade barriers would not only give Canada’s domestic economy a boost, it would increase Canadian businesses’ global competitiveness, the study found.

“Without action to remove internal trade barriers, Canadians will again find themselves in the position of granting better market access to non-Canadians than to themselves,” Dawson said.

The study found implementing policies to facilitate greater labour mobility between provinces, promoting regulatory “coherence” in provincial energy and environmental policies as well as encouraging dairy products trade between the country’s provinces are all steps the federal government should take to reduce logjam at provincial borders. It also recommended the creation of a single national system for corporate registration and reporting, which would eliminate “costly duplication and facilitate greater investment by foreign and domestic enterprises in the Canadian market.”

“How can Canadian firms effectively compete in the 320 million-person U.S. market or the 1.2 billion Chinese market if they cannot first grow to scale in a national market of 35 million people? The time has come to recommit ourselves to building a single Canadian market and with it, the conditions of global competitiveness,” Dawson said.