On-Site: The complex process to add a platform beneath one of Toronto’s busiest subway stations 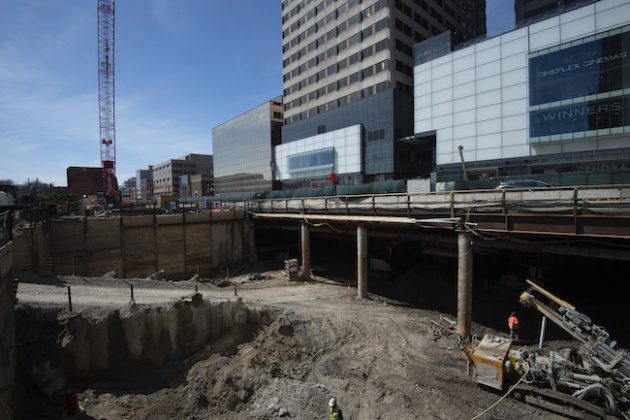 Vehicle and pedestrian traffic at the busy intersection have complicated construction. PHOTO: Metrolinx

Laying nearly two dozen kilometres of track along and beneath a densely-packed pocket of midtown Toronto has not been simple. Since pre-construction work began on the Eglinton Crosstown Light Rail Transit Project in 2011, crews have faced a steep series of obstacles — from tunneling under 10 kilometres of the busy east-west roadway, to excavating stations and erecting an intricate elevated guideway.

But few aspects of the project have been as technically challenging as work at Eglinton Station itself.