This recognition comes less than a month after Ms. Toussaint was selected as one of the winners of the Delta Management Group's 2022 Canadian Clean50 Awards 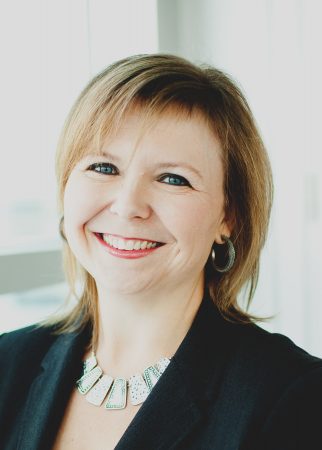 MONTREAL — Nova Bus, part of the Volvo Group and a North American transit bus manufacturer, announces that Emmanuelle Toussaint, Vice President, Legal, Regulatory & Public Affairs, has been selected as one of Canada’s Top 100 Most Powerful Women for 2021 by the Women’s Executive Network (WXN).

The Top 100: Most Powerful Women Awards honorees are announced each year by WXN to recognize and celebrate 100 outstanding women, in 13 different categories, who inspire tomorrow’s leaders, influence change, and advocate for diversity in the workforce.

This recognition comes less than a month after Ms. Toussaint was selected as one of the winners of the Delta Management Group’s 2022 Canadian Clean50 Awards, recognizing the 50 individuals who have made the greatest contribution to the cause of sustainable development and clean capitalism in Canada over the past two years.

“I am truly honoured to be nominated among such outstanding women from across the country. The list of past recipients is impressive. I hope to inspire other women to take on leadership roles and pave the way for future generations in all male-dominated industries, including manufacturing, transportation and technology”, said Emmanuelle Toussaint.

“When I look at this year’s winners, I see a group of radically authentic women who remind us all of what it means to stand up with courage, for ourselves and those around them,” said Sherri Stevens, Owner and CEO of WXN. “By recognizing and celebrating the strength, fearlessness, resilience and heart these women demonstrate, we can inspire more of the same in generations to come.”

“This prestigious award is a recognition of Mrs. Toussaint’s leadership and accomplishment. An inspiration, her talents are recognized throughout the Volvo Group and she is considered a true leader by both her colleagues and many external stakeholders in North America. Her impressive network of contacts demonstrates the influence she has in the business community,” said Ralph Acs, President of Volvo Group Canada Inc.

A member of the Quebec Bar and the Ordre des administrateurs agréés du Québec, Mrs. Toussaint holds a Bachelor of Laws degree and a certificate in administration from Université Laval.