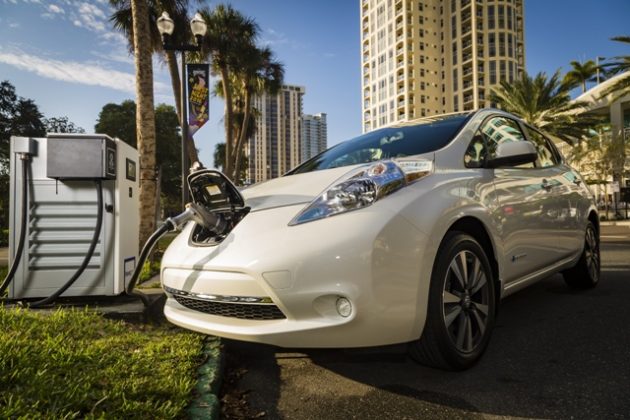 Nissan’s flagship electric vehicle the Leaf is being used for the driverless platform. PHOTO: Nissan

YOKOSUKA, Japan—Nissan Motor Co. is testing out self-driving cars at one of its plants in Japan to tow vehicles on a trailer to the wharf for loading without anyone behind the steering wheel.

The Japanese automaker thinks the technology will, in the long run, save costs and boost efficiency. The tests also can add to knowledge needed to take such autonomous driving onto public roads.

Nissan executive Haruhiko Yoshimura said the automaker hoped to use the technology throughout the Oppama plant by 2019, and in overseas plants in the future.

During a demonstration Monday, a Leaf with no one inside scooted along the road, pulling a trailer with three other Leafs on it, stopped properly for other vehicles, and then veered into a parking lot.