The Toronto Region Board of Trade and real estate firm CBRE have announced intentions to develop a new building to add to Toronto's skyline. The trade organization hopes the property will be a catalyst for international commerce in the region 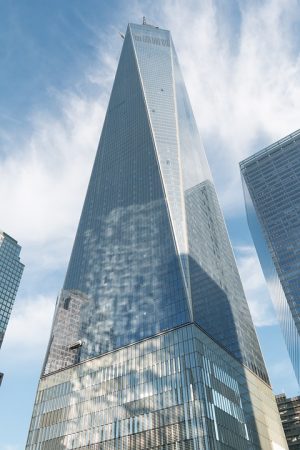 TORONTO—The Toronto Region Board of Trade (TRBT) and commercial real estate giant CBRE’s Canadian division are teaming up to build a new World Trade Centre in Ontario’s capital, a project that organizers hope will transform Toronto into a world class trade hub.

“Our vision is to create an ecosystem of tenants who support trade services including consulates, government trade and funding organizations, corporate and professional services providers,” said Jan De Silva, president & CEO, Toronto Region Board of Trade. “Canada and the Toronto region are capturing the world’s attention. This iconic building will provide a gathering place for international business, connecting buyers and sellers, investors and leaders, to take the Toronto region to the world.”

The organization says the new World Trade Centre building—which it and CBRE announced a Request for Expression of Interest for Sept. 20—will advance its goal of positioning Toronto as a global commerce champion, as well as providing an indelible contribution to the city’s skyline that will join the ranks of some of the world’s most notable skyscrapers bearing the World Trade Centre name: in cities like Seoul, New York, Shenzhen and Sao Paulo.

While the TRBT is extolling the value this property will bring to the city’s exporters and international traders, CBRE sees exciting opportunity in the real estate space.

“Toronto is currently experiencing one of the most dynamic office markets in history, and this project will add to the impressive growth of recent years,” said Werner Dietl, executive vice president and GTA regional managing director of CBRE Canada.

For the first time on record, Toronto’s downtown vacancy rate has dropped below four per cent—sitting at 3.8 per cent as of Q2 2017. This is well below San Francisco, at 6.7 per cent, which is the next lowest of any major North American market.

“Our downtown office market has become a global standout with the lowest vacancy rate of any major North American city,” Dietl said. “This speaks to the growing economic vitality of Toronto and we’re excited to be partnering with the Board of Trade to help deliver a World Trade Centre that benefits the entire region.”

The project’s organizers are currently looking for a development partner.