As Steve Diamond prepares for his new role on the controversial smart city project, concerns still loom over data, privacy and funding 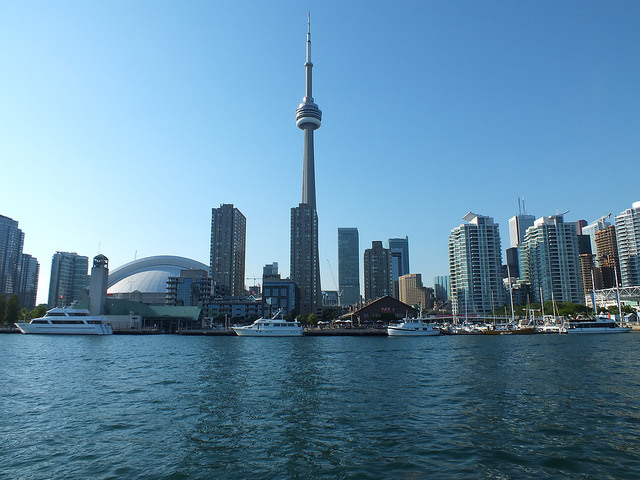 TORONTO – When Ontario’s auditor general released a report in early December calling on Waterfront Toronto to slow down on its smart city project with Alphabet Inc.-backed Sidewalk Labs, it prompted the provincial government to fire three Waterfront Toronto board members, including chair Helen Burstyn.

Burstyn’s replacement – lawyer and real estate development executive Steve Diamond – was named and received the support of Toronto city council last week, but is still awaiting official approval from the province. The federal and provincial infrastructure ministers have both thrown their support behind Diamond landing a three-year term beginning Mar. 15.

As he prepares to take on his new role, The Canadian Press talked to Diamond about what he feels he brings to the organization and how he will navigate the controversial smart city project that has been dogged with concerns over data, privacy and Sidewalk’s hopes to fund transit and underground infrastructure in exchange for a cut of property taxes and developer fees.

What made you want to take on this role?

When you are approached by three levels of government to take on a major responsibility at a historic time of our city’s evolution, I felt it was part of my civic responsibility. I also felt it fit with my experience and while it would be a challenge, it would also be something that was interesting.

There seems to be some confusion about Waterfront Toronto is and what its responsibilities in this project are. Do you see clearing up misconceptions as being a big part of your job?

Yes. I am hoping we can give the public a much clearer idea of what the corporation’s objectives are, how it operates and what it does. Furthermore, I want to demonstrate that Waterfront Toronto can take much more of a leadership role, not only determining whether the Sidewalk proposal is good, but to be encouraging and helping the public to understand and to get governments to facilitate additional revitalization which is critical for the city’s future on the waterfront.

The project has had its fair share of controversies. Did you feel put off by that at all?

I think it was a bit disconcerting because the opportunity to develop Quayside is one of many projects Waterfront Toronto has underway, but it seems to be the one that has generated the most interest and the most controversy. I think it is important to move forward and not backward and to evaluate this proposal when we see the business plan. The difficulty in where we stand right now is there have been leaks and a lot of media attention and public attention, but we really don’t know the parameters of the plan and we don’t know the business deal of the plan.

When that plan comes through, what do you want to see in it?

I am hoping it might shed some light on what we have heard bits and pieces of. For example there has been discussion around the construction of a light rail transit line and the question is what part of the LRT is this referring to? Is it starting at Union Station? Is it starting on Queen’s Quay? Where is it going? Where is it coming from? These are just some of the issues that we need to flush out.

What type of controls are the company looking for? What is the expenditure amount that they are anticipating? I could probably list many, many questions and I do have to be somewhat careful because we do have an agreement and there is a confidentiality clause in it, but all the business parameters around the plan to even evaluate if it is in the public interest or is even a good plan or a bad plan haven’t been submitted in order to make any, in my view, appropriate comment on it.

So the proposal, in your eyes, isn’t by any means a done deal yet?

Yes. What is important to understand about the current agreement with Sidewalk is that they are supposed to come up with a proposal for Quayside – and in fairness to Sidewalk, it does say in the agreement, with a potential vision for additional lands, which may or may not involve Sidewalk – and Waterfront Toronto and the three levels of government have the opportunity to accept it or reject it.

There are people who without even seeing the plan want it cancelled. Do you feel we are at that stage yet?

The wisest course of action is to let the plan come forward in accordance with the provisions of the agreement and evaluate it in accordance of how it was anticipated, which requires a very thorough review, a level of transparency and public input. It may be that it’s a complex issue. It may be more straightforward, but I don’t believe we should be making any decisions until the plan comes forward and is further evaluated.

If it comes forward and raises red flags, would you be comfortable rejecting it?

That is a really loaded question. I think the only way I could answer that is if an evaluation indicates that the proposal does not fulfil what we believe to be the objectives of the corporation and the objectives of our government partners, then we would make the recommendation accordingly. It is unfortunate that the plan has been leaked and there has been so much discussion when we haven’t seen it.

This interview has been edited and condensed for clarity.