A new U.S. low-cost airline, dubbed Moxy, says the A220-300 model is right for its under-served markets 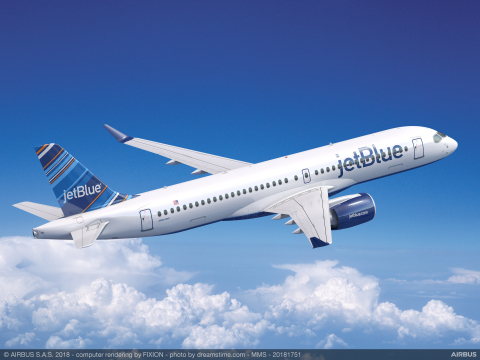 TOULOUSE, France – JetBlue Airways and a new U.S. low-cost airline being launched by the co-founder of WestJet Airlines and JetBlue have signed firm orders to buy 120 A220 planes developed by Bombardier Inc.

The manufacturer says the airline dubbed Moxy is buying 60 A220-300 aircraft formerly called the C Series in a deal valued at a total of about US$5.5 billion based on 2018 list prices, although buyers typically receive large discounts.

He says the plane is the right one for the new airline because its low operating costs and spacious cabin allow it to offer lower fares and operate profitably in under-served markets.

Separately, Airbus announced that JetBlue firmed up its order for 60 of the planes to join its current fleet of A320 aircraft.

Airbus will produce the planes at a new U.S. assembly plant adjacent to its A320 assembly facility in Mobile, Ala. Construction begins later in the month with the first deliveries to various airlines starting in mid-2020.

There have been more than 500 orders for the two versions of the A220.