Additionally, samples of TAAT™ with an advanced formulation of Beyond Tobacco™ using reconstituted material were recently sent to tobacco wholesalers. 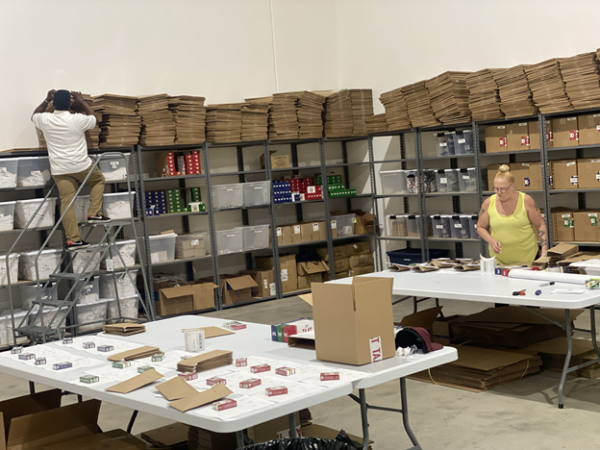 LAS VEGAS and VANCOUVER — TAAT™ GLOBAL ALTERNATIVES INC. announces that it has started to operate out of its new facilities in the Las Vegas, Nevada area, providing significant additional operational space and production resources in combination with its original facility on West Post Road. The Company announced that its preparation tasks for the new facilities were still on schedule for a launch in the following month, in line with the Company’s business objectives for domestic and international activities already underway. Since then, TAAT™ has announced new purchase orders for distribution in the United Kingdom, Ireland, and Australia amounting to more than CAD $1,600,000 in total value, in addition to distribution of TAAT™ in seven new U.S. states in just a two-month period.

Additionally, samples of TAAT™ with an advanced formulation of Beyond Tobacco™ using reconstituted material were recently sent to tobacco wholesalers in the United States, the United Kingdom, Ireland, Germany, Poland, France, and Switzerland.

The reconstituted formulation of Beyond Tobacco™ is now ready for production, which is set to begin this quarter.

TAAT™ Chief Executive Officer Setti Coscarella commented, “With so many new international opportunities on the horizon, our facility expansion is a very important part of our growth strategy as we go into our second year of operations in which we expect TAAT™ to be launched in several new markets. With an abundance of feedback about TAAT™ from smokers aged 21+ who have sampled the product since it first launched in Ohio in Q4 2020, our advanced formulation of the Beyond Tobacco™ base material has made the user experience even closer to that of smoking a tobacco cigarette. Samples of TAAT™ with this advanced formulation have been sent to tobacco wholesalers across Europe, and based on their sentiments we are very confident that there will be even more TAAT™ placements in European markets in the near future.”