New Ontario-made GT supercar is the fastest production Ford ever

The U.S. automaker started shipping the 647-horsepower track-ready vehicle to customers in December and revealed its top speed this week 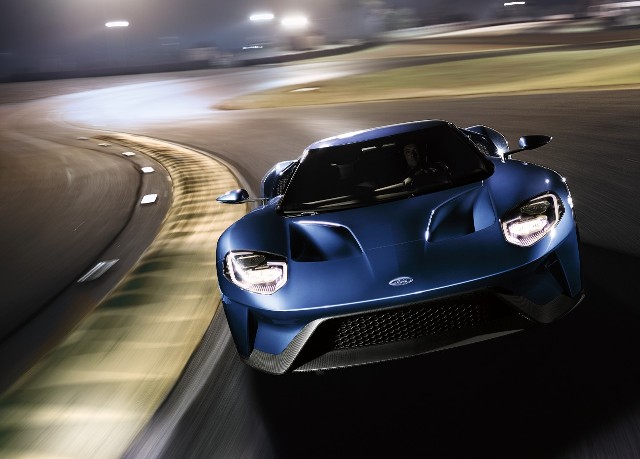 DEARBORN, Mich.—The new 2017 Ford GT supercar is officially the fastest production vehicle the century-old American automaker has ever made.

The first street-legal GT rolled off the line at Multimatic Inc. in Markham, Ont. last month, kicking off a four-year production run for the carbon fiber-based two-seater.

This week, Ford released the technical specifications for the hotly-anticipated vehicle—and no Ford built to date can match it.

The GT posted a top speed of 347 kilometres per hour (216 mph), enough to make it the fastest Ford production car ever. The car’s twin-turbocharged 3.5-liter V6 engines, meanwhile, tout 647 horsepower and deliver an SAE-rated 550 lb.-ft. of torque. 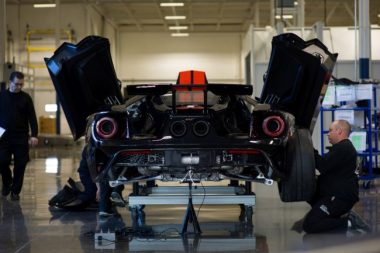 “The Ford GT is all about performance,” Raj Nair, Ford CTO and executive vice-president of Global Product Development, said in a statement. “We achieved considerable weight savings with the carbon fiber architecture. We then reinvested some of that savings into where it counts most—performance, specifically, the active dynamics. The result is an even faster car.”

Along with the turbocharged engines Ford also credited the GT’s active dynamic systems for its performance. The GT uses computer assistance to adjust its suspension and aerodynamics, optimizing the vehicle’s downforce, drag and balance to match the driver’s skill level.

Ford began delivering the exclusive two-seater to customers in December, and due to popular demand, announced it would extend the GT’s planned two-year production run to four years last summer.

You can find a full breakdown of the supercar’s tech specs here.

Related Stories
Ford to extend production run on Markham, Ont.-built GT supercar
From zero to 216 mph—how Ford pieced together the GT, its fastest supercar ever
First Ford GT supercar rolls off the line at Markham, Ont. plant
GT supercar will be priciest Ford vehicle ever
Manufacturing In Focus