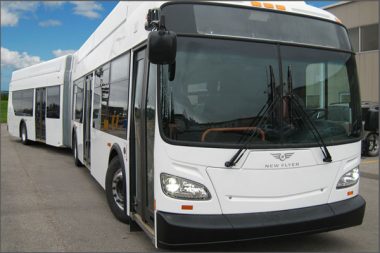 The companies have been working together to build medium-duty, 30- and 35-foot buses known as MiDi buses since 2012, but have mutually agreed to part ways.

“The decision to terminate the joint venture and transition the product to Alexander Dennis was a mutual one, allowing New Flyer to expand the production capacity of St. Cloud, Minnesota facility for our industry leading Xcelsior heavy-duty transit bus, and Alexander Dennis to combine manufacturing of the bus with their double-deck Enviro500 series bus in Nappanee, Indiana,” Wayne Joseph, president of Transit Bus Business at New Flyer, said in a statement.

New Flyer said the MiDi bus operations will transition from its St. Cloud plant to the U.K. firm’s Nappanee facility in the fourth quarter of this year.

Meanwhile, the Canadian bus company reported the first quarter of 2017 May 10.

With the increased earnings and cash flow, the company hiked its dividend 36.8 per cent. It also raised its bus delivery projections for the year to 3,750 equivalent units (EUs).

The company’s shares were trading up more than five per cent in early trading May 11.