The airline has also declared a commitment to making air travel affordable for all Canadians, so it will offer fares as low as $39 per flight to and from Kelowna. 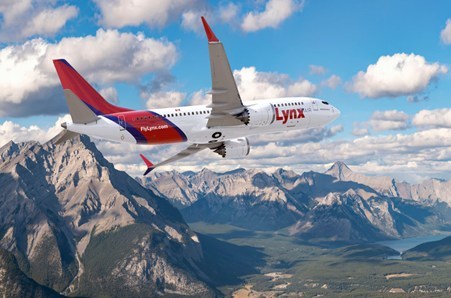 KELOWNA — Lynx Air commemorated its official launch of services to Kelowna in a ribbon cutting ceremony with the airline’s CEO, Merren McArthur, at Kelowna International Airport.

Lynx is currently operating two flights a week from Kelowna to Calgary and Vancouver.

As of June 29, Lynx says it will increase its service to Calgary to three flights per week. The increase in flights to Calgary will bring the airline’s total flights in and out of Kelowna to 10 flights and 1,890 seats per week.

The airline has also declared a commitment to making air travel affordable for all Canadians, so it will offer fares as low as $39 per flight to and from Kelowna.

Lynx first took to the skies just over three weeks ago, and the company says it has continued to build its network ever since. Canadians can now book flights to 10 destinations from coast to coast including Victoria, Vancouver, Kelowna, Calgary, Edmonton, Winnipeg, Toronto, Hamilton, Halifax, and St. John’s. The airline operates a fleet of new Boeing 737 aircraft and plans to expand to more than 46 aircraft over the next five to seven years.

“We are proud to be the airline that links Canadians to wonderful destinations like Kelowna,” said McArthur in a statement.

“Whether you are traveling to catch up with friends and family, or to experience the natural beauty of the Okanagan region, Lynx will ensure a great flying experience for an affordable price.”