Sprouts products can now be found at 27,000 doors, an increase of 45 per cent from the previous year. 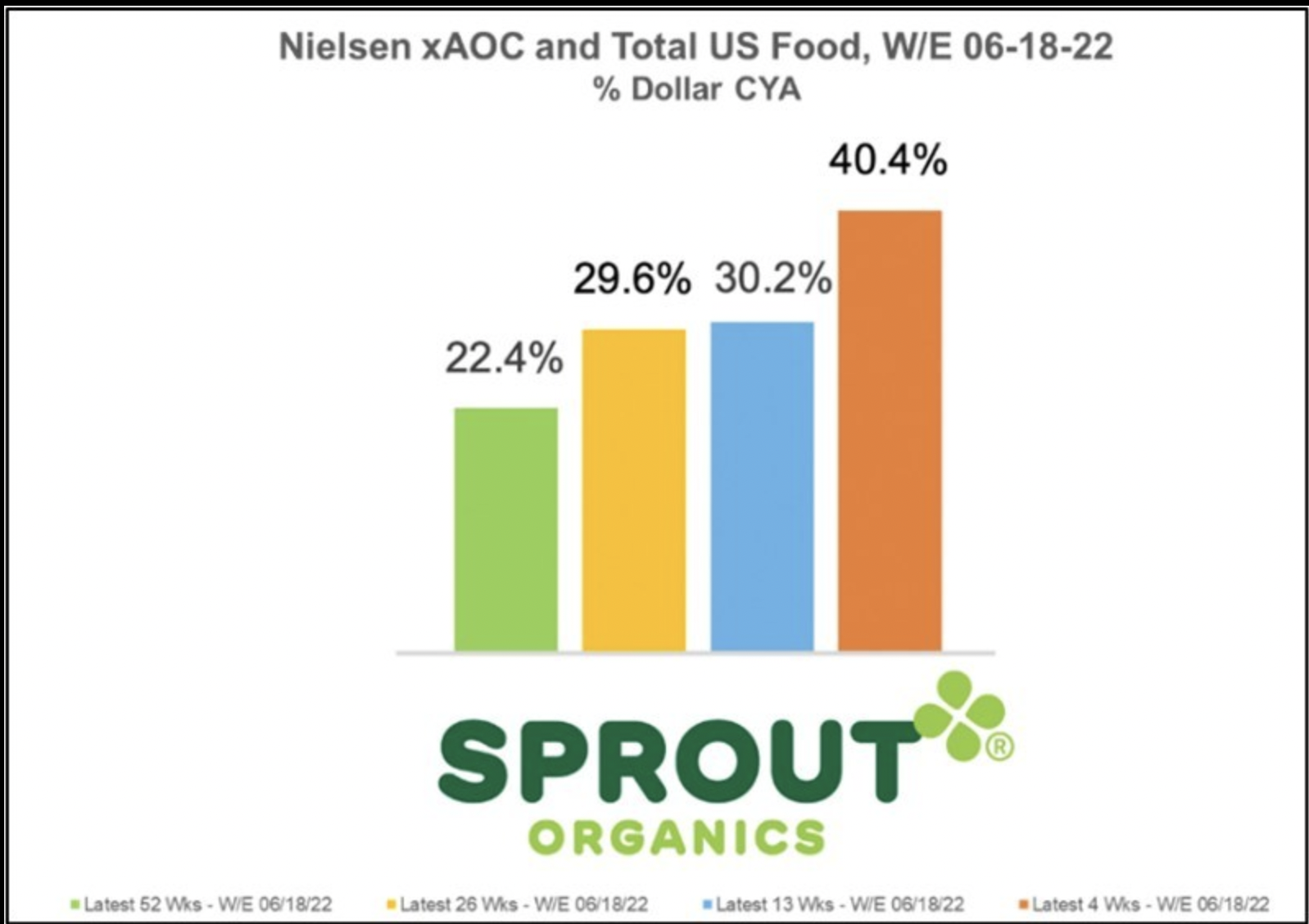 Neptune says Sprout has done significantly better than any other time period measured.

According to Neptune’s distribution reports, Sprout’s products are now available in 90 per cent of the organic baby food market. This represents a 50 per cent increase from the previous year.

Also, there are now 92 SKUs available whereas there were only 74 SKUs available a year ago. Additionally, the company also reports that consumers will have access to Sprouts products from 27,000 doors, representing a 45 per cent increase from the year before.

Sprout has acquired distribution opportunities with Target, Walmart, and other  supermarket chains as well as a large national pharmacy chain in the United States. Their products are also available in Canada.

In its distribution update, Neptune stated that through its expansion efforts and cost-management strategy, they are in a position to make an impact in the organic food market.