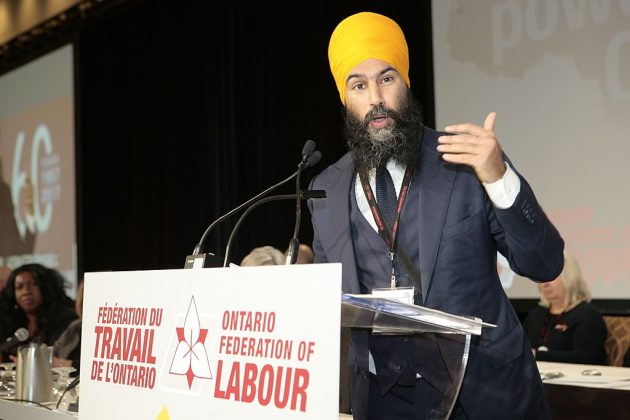 OTTAWA – Jagmeet Singh is proposing three measures he says will help build 500,000 new affordable housing units across Canada over the next 10 years.

The NDP leader says the federal government should stop applying GST to the cost of building new affordable units.

It should also provide a subsidy to renters who spend more than 30 per cent of their income on housing.

For now, details of the three measures are scant. Singh says they’re part of a broader NDP housing plan which will be released later.

Singh is running in a Feb. 25 byelection in the British Columbia riding of Burnaby South, where he said the top issue is affordable housing.

But his housing announcement is aimed more broadly at trying to win back progressive voters from the governing Liberals in urban centres across the country.

“When it comes to dealing with this housing crisis, we need to use every tool in our toolbox to solve this problem and ensure people have access to a place to call home,” Singh told a news conference in Burnaby.

“We need to get serious about this crisis,” he said, accusing Prime Minister Justin Trudeau of delaying the roll out of the bulk of promised housing funding until after the Oct. 21 federal election.

“Mr. Trudeau is not serious about this crisis. He likes to talk about it but his actions don’t back this up.”

“I don’t think there’s a government in the history of this country that’s been invested in housing the way we have,” Vaughan said outside a Liberal caucus retreat in the nation’s capital.

“The NDP can talk about housing,” he said. “We’re busy building it.”

He added that the experts say investments in housing and its subsequent maintenance and repair should be done gradually over time, not all up front as the NDP proposes.

“Their front-end loading plan is a recipe to bankrupt housing providers right across the country,” he said of the NDP’s plan.

Vaughan said the government considered lifting the GST on building costs but Finance officials worried there’d be no way to ensure an affordable housing project didn’t evolve into a more upscale project, with the government effectively subsidizing it.